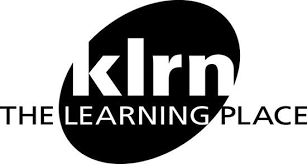 KLRN owned by Alamo Public Communications is a San Antonio channel first launched on Sep 10, 1962 and is located on Broadway Street in downtown San Antonio with a transmitter located off Foster Road in the southeastern part of the city. The cable carriers of the station include AT&T U-verse Charter Spectrum and Grande Communications. It also serves as the default PBS member for the Victoria and Laredo markets.

KRLN founded by Southwest Texas Public Broadcasting Council, went on air on Sep 10, 1962. The station at that time was allowed by Federal Communications Commission to serve to markets: San Antonio and Austin which was an unusual concession. This was due to the fact that Austin had been allocated UHF Ch 18 for non-commercial use and UHF was not feasible at that time especially for the bigger markets. It’s transmitter lied roughly halfway between Austin and San Antonio. A big part of its lineup was cleared by KEDT, a Public Broadcasting Service member in Corpus Christi.

In 1979, KLRU in Austin was assigned as broadcast rely station of KLRN. It turned to digital signal broadcasting on June 12, 2009 in an FCC mandated moved after dropping analog signal. Notable programs broadcasted by the channel include Austin City Limits, Villa Alegre and others. You can watch live shows, events, educational programs, kids program, documentaries and informational programs online. Follow the PBS member on Facebook, YouTube, Instagram and Twitter. Here is the website: https://www.klrn.org/