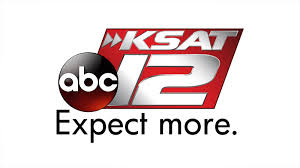 KSAT-TV launched on Jan 21, 1957 is an ABC affiliate broadcasting in San Antonio, TX. Graham Media Group a division of Graham Holdings Company owns the channel with studios located on North St. Mary’s Street on the northern edge of downtown. Its transmitter is fixed on Route 181 in northwest Wilson County. Grande Communications, AT&T U-verse and Charter Spectrum are the cable carriers of the television.

KSAT went on air as KONO-TV on Jan 21, 1957 under the ownership of Mission Telecasting Corporation. The station has been an ABC affiliate since its inception. It beat out KENS and WOAI which were the secondary affiliates of the television. From 1956 to 1961 it was linked with NTA Film Network. KSAT original studios were located at 1408 North St. Mary’s Street in downtown San Antonio.

The Roth family sold the channel to Providence, Rhode Island-based The Outlet Company in 1968. In the ensuing years it became KSAT-TV. It was then acquired by H&C Communications in 1986. The Washington Post Company emerged as the new owner of the television and its Houston sister KPRC on April 22, 1994. The two sisters were placed under the Post-Newsweek Stations subsidiary. The channel for a short period of time was rebranded as Local 12 in 2004 before reverting to KSAT 12. KSAT then shifted to a new state-of-the-art facility and former studios and offices were demolished. It turned digital on June 12, 2009.

The syndicated programs broadcasted by the channel include SA Live, The View, Strahan, General Hospital, Sara and Keke. Jimmy Kimmel Live! Nightline, The Lawrence Welk show, Here Wo go Again and A Touch of Grace. ABC affiliate presently broadcasts 40.5 hours of locally produced news-bulletins with 6.5 hours on each weekday, 4.5 hours on Sat and 3.5 hours on Sun. Audiences can watch news, weather and sports programming, entertainment programs, traffic reports and videos online. Follow the channel on Facebook and Twitter. Here is the website: https://www.ksat.com/