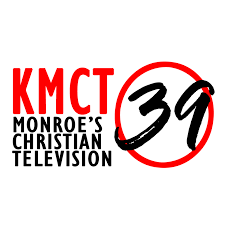 KMCT-TV owned by Carolina Christian Broadcasting is a non-affiliated religious station launched on April 7, 1986. Licensed to West Monroe, the studios and transmitter of the channel are located on Parkwood Drive in West Monroe.

KMCT was founded by Rev. Jimmy Thompson through his company Carolina Christian Broadcasting in 1983. Two weeks after the station went on air, Rev Charles Reed took over the operations of Lamb Broadcasting after Thompson faced with financial troubles. The property was purchased by Reed in 1993 and the channel relocated to its current location on Parkwood Drive in 1991. It remained as Pax affiliate since its beginning and stayed until 2005. KMCT was acquired by God of West Monroe in Nov 2009 as it turned into the Voice Network. It became a MyNetwork affiliate in 2013.

The antenna of the station was badly damaged because of strong winds in Oct 2014, however, the programming returned by May 2015 on Comcast. It reemerged with the LP signal in Sep 2015 and started airing interim religious broadcasts. By Aug 2016, it became a full power station and dropped all secular content to become full-fledge religious service.

Only Sonlife was active on its second digital sub-channel. In 2018, KMCT added 5 more sub-channels in its chain as MyNetworkTV was moved to Gray Television KNOE-DT3 sub-channel at the end of 2017. Carolina Christian Broadcasting announced to acquire the television on May 1, 2018 and the deal consummated on June 19, 2019. It terminated its analog signal in favor digital service on Feb 17, 2009 in a US-wide digital transition mandated by Federal Communications Commission.

Programs broadcasted by the channel include Born dead to live again, Watch God, Lets talk, Power of Prayer, Last Days Message and others. You can watch the channel online for latest local programs news, Christian and Gospel. Follow the station on Facebook and Twitter. Here is the website: http://kmct.tv/