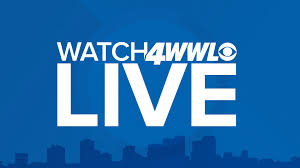 WWL-TV launched on Sep 7, 1957 is a CBS-affiliate broadcasting in New Orleans, Louisiana and is part of Tegna, Inc. It shares duopoly with MyNetwork channel WUPL and the two sisters are located on Rampant Street in the historic French quarter with transmitter installed on Cooper Road in Terrytown, Louisiana. Cox Communications is the cable carrier of the station which carries it in both SD and HD feeds on Ch 3.

Slogan: The Spirit of Louisiana | Always On

WWL hit the waves in New Orleans market as its fourth station on Sep 7, 1957. The first three channels present before its launch were: WDSU, WJMR (later WVUE-DT) and WYES. The station was launched by Loyola University of the South WWL 870 AM was the sister radio station of the television. It has been a CBS affiliate ever since it signed on. The radio sister is also a CBS Network affiliate to the date. Loyola released the channel to a group formed by its employees named Rampart Broadcasting in 1989. Belo Corporation became the new owner of the channel in 1994. It then lost the status of being the unofficial home of the New Orleans Saints as CBS lost the rights to broadcast National Football Conference. The rights of the sports broadcasts were moved to Fox-linked WNOL-TV.

WUPL was released to Belo for USD 14.5mn in in July 2005 and the deal was expected to be finalized by the end of the year. However, the acquisition was halted by Hurricane Katrina that hit Greater New Orleans Area in latter part of August. The deal eventually consummated on Feb 26, 2007 as the operations of the channel were relocated o Rampart Street studio facility in the spring of 2007.

Gannet Company became the new owner of the television on Dec 23, 2013; the $USD 1.5bn deal was initially agreed upon on June 13, 2013. Upon the split of Gannet’s publishing and broadcasting operations it became part of Tegna, Inc.

At present WWL produces 27 hours of locally produced news-bulletins with 4.5 hours on weekdays, 2.5 hours on Sat and 2 hours each on Sun. Evening News, and 4th Down on 4 are the notable news and sports programs. Popular syndicated broadcasts offered by WWL include Dr. Phil, Inside Edition and Daily Blast Live. You can watch 4WWL online and follow it on Facebook and Twitter. Here is the website: https://www.wwltv.com/