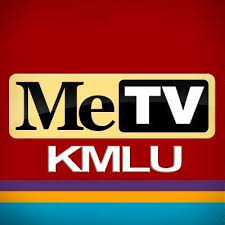 KMLU launched on Nov 25, 1996 is a Columbia, Louisiana channel that serves Monroe, Louisiana-El Dorado, Arkansas television market. Legacy Broadcasting is the owner of the television with studios located in Monroe with a transmitter installed in Columbia.

VHF channel 11 was allocated by FCC to Columbia, Louisiana in 1987. By 1995 the license was secured by Monroe Broadcasting. KMLU went on air as KAQY on Dec 1, 1998; it was an ABC affiliate in the market and replaced KARD which joined Fox in April 1994. Monroe on June 23, 2008 requested Federal Communications Commission the permission to sale their asset to Parker Broadcasting. Also in the application was proposal for an LMA: local marketing agreement to allow Hoak Media to operate the television; the deal consummated on Oct 9, 2008.

Gray Television on Nov 20, 2013 revealed its plans to acquire Parker Broadcasting and Hoak Media for USD 335mn; KAQY was to be purchased by Excalibur Broadcasting but the deal fell through after Federal Communications Commission ordered to scrutinize the arrangements of the sale. On Aug 27, 2014, Gray announced the sale of KAQY along with KHAS to Legacy Broadcasting. The calls of the channel were changed to KMLU on Nov 28, 2014 under the Legacy which officially became the owner of the television after the completion of sale on Dec 15, 2014.

It went silent for a year under the Legacy but returned to the air in Monroe-El Dorado area as a MeTV affiliate on Sep 15, 2015. Channel 11 switched from analog to digital signal on Feb 17, 2009. You can watch KMLU online for MeTV entertainment programs. The Classic shows, movies, videos, games, stories, quizzes and more can accessed on the official website of the KMLU. Follow the station on Facebook, Twitter, Instagram and YouTube. Here is the website: www.metv.com/