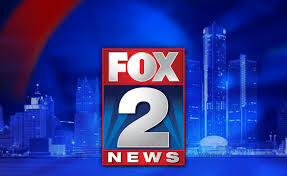 WJBK owned by Fox Television Stations and launched on Oct 24, 1948 is a Fox O&O channel broadcasting from its studios and transmitter set up on West 9 Mile Road in Detroit suburb of Southfield. The over the air signal of the station is available in Metro Detroit, Southwestern Ontario, Windsor and other areas. Comcast Xfinity and AT&T U-verse carry the Fox affiliate on Ch 12 and Ch 2 respectively. It is also provided by most of the cable systems in northwest Ohio and Southeast Michigan.

Slogan: News that works for you and Fox 2, working for you

WJBK came to the air on Oct 24, 1948 and was the third television station available in Detroit after WWJ (now WDIV) and WXYZ which broadcasts on Ch 7. Detroit was a major television market but at that time only supported VHF stations. Hence, WJBK-TV also became the final channel to get a VHF allocation in the city.

The first program broadcasted by WJBK was Lucky Pup when it signed on. It was an original DuMont Television Network and CBS affiliate under the ownership of Fort Industry Broadcasting which in turn was held by George B. Storer. Fort was later renamed as Storer Broadcasting; the company also owned WJBK 1500 AM (later WLQV) and 93.1 FM (later WDRQ). At its onset the channel broadcasted from Masonic Temple and ran from there until 1956 when its operations were relocated to Second Avenue in Detroit’s New Center section.

It would eventually turn into an exclusive CBS affiliate in 1955 and DuMont affiliation was taken by CKLW (later CBET-DT). It became the colored channel in 1956. The studios were shifted to current facilities on West Nine Mile Road in Southfield in 1970. From 1980s to 1990’s it moved in through the hands of different ownerships. Scripps got its hand on the channel in 1992 but was later merged with New World Communications in 1993.

When in May 1994, News Corporation acquired a 20% stake in New World Communications, it made it Fox’s Detroit member station on Dec 11, 1994. The banding of the channel was changed to Fox 2 in 1995. The channel along with 10 other New World channels was purchased by Fox Television Stations on Jan 22, 1997.

WJBK at present hosts 68.5 hours of locally produced news-bulletins each week with 11.5 hours each weekday and 5.5 hours each on Sat and Sun. Current notable staff includes M. L. Elrick, Lee Thomas and others. Syndicated programs broadcasted by the channel include The Wendy Williams Show, Judge Judy, Extra, TMZ on TV, Dish Nation and others. You can watch the channel online and follow it on Facebook, Twitter and Instagram. Here is the website: https://www.fox2detroit.com/