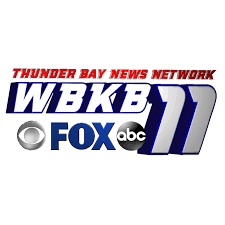 WBKB-TV established on Nov 20, 1974 is an Alpena, Michigan station that serves northeastern Lower Peninsula of Michigan. Marks Radio Group owners the channel located on North Bagley Street n Alpena while its transmitter is installed near unincorporated Alcona County. It is aired in the smallest media markets on Alcona and Alpena.

The channel was initially licensed to Thunder Bay Broadcasting Corporation which was established in State of Michigan in Sep 1971. The construction permit was applied on Sep 22, 1971. With many competing applicants in the line, Thunder Bay was eventually granted the licensed by Federal Communications Commission on July 19, 1974. The studios of the channel are unchanged since its launch of Sep 22, 1975. The controlling interest in the Broadcasting Corporation was bought by Stephen Marks of Maryland. It hit the waves on Sep 22, 1975 as the first television station in Alpena (WCML was the second in the market signing on in Nov of that year).

It originally broadcasted on analog signal on VHF Ch 13 from a transmitter installed in the studios building. WBKB switched to digital broadcasts on June 12, 2009 and launched its new digital sub-channel in Nov 2009. A third digital sub-channel was added on Jan 14, 2013 to the ABC linked channel. Prior to the addition of ABC on Ch 11.3, WJRT-TV broadcasting in Flint was the default affiliate in the market to carry SD and HD feeds.

The calls of the channel originally belonged to Chicago-based channel 4 from 1946 to 1953 and the channel was owned by Balaban and Katz Broadcasting, a division of Paramount Pictures. It was then sold to Chicago’s ABC O&O ch 7 and was rebranded as WLS-TV.

The syndicated programs broadcasted by the channel include Wheel of Fortune, The Ellen DeGeneres Show, Live with Kelly and Ryan, Jeopardy!, Entertainment Tonight, Maury, Inside Edition, Rachael Ray, Judge Judy, The Kelly Clarkson Show and others. You can watch the channel online and follow it on Facebook, Twitter, YouTube and Instagram. Here is the website: http://www.wbkb11.com/