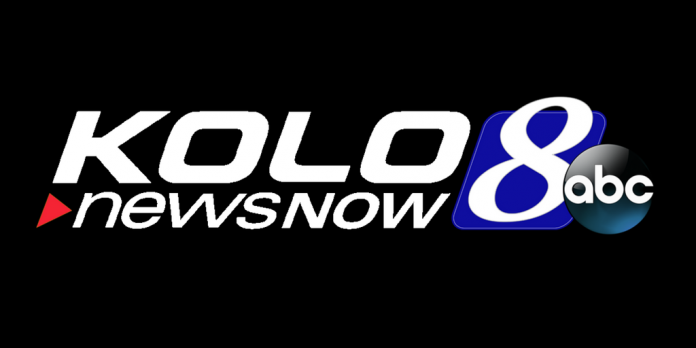 KOLO 8 News Now owned by Gray Television is an ABC affiliate that first aired on Sep 23, 1953. The Reno based station uses VHF and Virtual Ch 8 to air HD broadcasts from a transmitter facility shared by KTVN, a CBS affiliate and KRNV affiliated with NBC; the transmitter is installed on Slide Mountain in unincorporated community of Washoe County. The studios of the station are located on Ampere Drive in Reno.

Watch KOLO 8 News Now (Channel 8) live streaming from Reno, Nevada. KOLO-TV is the home of local news in Northern Nevada and other areas. Stream may take a moment to load.

Slogan: Covering the News That Matters to You

KOLO was launched as KZTV on Sep 23, 1953 and was the second station to serve the Nevada market after KLAS which hit the airwaves two months earlier. It could have been the maiden station in the market if the carpenters had not called for the strike which delayed the official launch. The station shared the programming of all four networks but maintained its position as the primary CBS affiliate. Donald W. Reynolds, the founder the station conceived it to be an NBC affiliate but the network would not accept the idea considering the fact there were a total of 97 television sets in the Reno at that time. However, CBS didn’t balk and offered Channel 8 the affiliation, Reynolds was seeking. Reynolds couldn’t link its station with NBC in Reno but eventually had NBC for it Las Vegas asset KORK-TV two years later.
At that time KZTV also carried the programming from the Paramount Television Network until its quick demise.

Bandstand Revenue, Hollywood Wrestling an Time for Beany were among the programs produced at Paramount and shared by the station which also started producing a considerable amount of local programs. Reynolds then purchased KOLO 920 AM in 1956 and changed the calls of the television to KOLO-TV to align it with the Radio sister. It was originally stationed at its studios on Fifth Street, however, the signal strength was not ideal even in the areas nearing Reno. Even Reynolds himself would net get a picture at his place on Lake Tahoe. To resolve the issue, Reynolds decided to set up a tower on Slide Mountain. The Fifth studio upon getting operational remained in use until its destruction by a fire in a closet; the Channel 8 went off air for a brief time and found a temporary studio on Vassar Street. It shifted to its present studio facility in 1979. It lost its secondary affiliation with DuMont when it terminated its operations in 1955. The channel had to part its ways with NBC also, when the network found KCRL in 1962. Last but not least it left the ABC when KTVN entered the seen in 1967. The latter swapped its affiliation with KOLO in 1972.