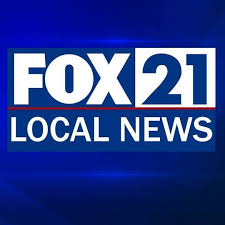 KQDS-TV established on Dec 9, 1991 and launched on Sep 20, 1994 is a Fox affiliated service available across Duluth, MN and Superior, WI. Owned by Red River Broadcasting, the studios of the station are located on London Road in Duluth with transmitter installed west of downtown in Hilltop park. MCR and some internal operations are shared with the sibling KVRR on South 40th Street and South 9th Avenue in Fargo, North Dakota.

Watch KQDS-TV stream live from Duluth, Minnesota for the latest news and weather updates in Duluth area. Stream may take a moment to load.

KQDS went on air on Sep 20, 1994 as KNLD; the low power transmitter was operating with a limited schedule consisting of four hours daily programming during mornings. It was the minimum content mandated by FCC to cover the license. It was Duluth’s maiden independent station. The large market of Northland geographically seemed ideal to host and independent service. Having once hosted Big Ten college Football, most of KNLD’s content came form Shop at Home Network by late 90s.

Red River Broadcasting in 1998 acquired the channel and a couple of radios in the market including KQDS-FM, KZIO 94.1 FM, WWAX and KQDS AM. The calls were changed from KNLD to KQDS. Technical overhauling was introduced under the new ownership. A news construction permit for the building of transmission tower was obtained from Federal Communications Commission to increase the coverage in Duluth. The new transmitter tower was inaugurated on Sep 1, 1999 supported by a chain of eight translators. On the same day it became Duluth-Superior maiden Fox affiliate. Fox was brought in the market mostly through cable systems.

Divorce court, The Big Bang Theory, The People’s Court and Family Feud are among the notable syndicated programs broadcasted by the service. You can watch Fox 21 online in Duluth-Superior market Minnesota and Wisconsin and follow the service on Facebook and Twitter. Here is the website: https://www.fox21online.com/