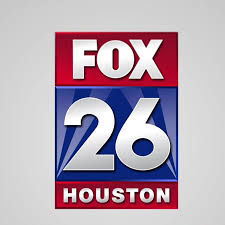 KRIV is a Fox O&O station launched on Aug 15, 1971 in Houston, TX. It is held by Fox Corporation via its subsidiary, Fox Television Stations and shares duopoly with KTXH broadcasting on Ch 20. The siblings have studios and offices located on Southwest Freeway in Houston with transmitter installed near Missouri City, Texas in unincorporated area of Fort Bend County.

Watch KRIV live stream from Houston, Texas. Channel 26 affiliated with Fox is a home of latest local and Texas news, weather and sports stories, Morning News and more. Wait as the stream loads.

Slogan: Your Station for Life

KRIV went on air on Aug 15, 1971 as KVRL as third UHF television service in the city of Houston. Four years later, it changed its calls to KDOG. In its early years, the channel would broadcast general entertainment content including movies, cartoons, westerns, sitcoms and Spanish-language drama series, classic movies and telenovelas. During this timeframe the studios of KRIV were located at 3935 Westheimer Road in Houston’s Highland Village.

Metromedia acquired KDOG and changed its callsign to KRIV-TV in May 1978. It still worked with cartoons, movies, first-run syndicated shows and other general entertainment stuff including talk shows and Spanish language public affairs programming.

KRIV and five other Metromedia Group television stations were acquired by News Corporation in 1986. Under the new ownership the suffix TV was dropped from the calls. It was branded as Fox 26 on Oct 9, 1986 upon the launch of the network by Fox Broadcasting Company. However, unaffected by the launch of network and ownership change it continued its run as an independent status with a very little contribution of Fox programming with only a late-night talk show.

First-run syndicated programs were increased under Fox in mid 90s. It removed its morning cartoon block and others stuff to add more newscasts and sports coverage. IKRIC was relocated to southwest Freeway facility in 1997. It was excluded from the sale list provided to The Walt Disney Company by Fox Corporation which saw the split and sale of 21st Century Fox for USD 66.1b as the deal consummated on March 20, 2019.

Syndicated programs cleared by the Fox affiliate include The Wendy Williams Show, TMZ, Judge Judy, The Kelly Clarkson Show, Dish Nation and The Real among others. It presently hosts 54 hours of locally produced news-bulletins with 9 hours on weekdays, 5 hours on Sat and 4 hours on Sun. Isiah Carey and Kaitlin Monte make the notable on-air staff at present. You can watch Fox 26 online and follow it on Facebook, Twitter and YouTube. Here is the website: http://www.fox26houston.com/