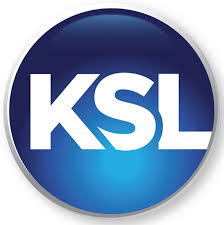 KSL-TV Salt Lake City owned by Bonneville International Corporation and launched on June 1, 1949 is the profitable arm of The Church of Jesus Christ of Latter-day Saints. KSL 1160 AM is the sister of the channel. KSRP-FM another sister, KSFI and KUTR share the studios with KSL-TV at the Broadcast House building in Salt Lake City’s Triad Center. The transmitter of the channel is fixed atop Farnsworth peak in Oquirrh Mountains. A large chain of rebroadcasters lend its signal to Idaho, Wyoming, Arizona and Nevada.

History as a CBS affiliate

KSL went on air on June 1, 1949 from its studio located in the Union Pacific Building on Main street under the ownership of Desert News. Originally a CBS affiliate, it also shared content from ABC which was linked with KDYL-TV. The two channels would get supply of ABC content until the launch of KUTV in Sep 1954 which replace d them as fulltime ABC station in the market. It would also carry DuMont’s content during late 50s.

It relocated its studios to Broadcast House on Social Hall Avenue a few months after its launch. A new transmission tower was revealed in 1952

In mid-90’s the channel got hooked with NBC. Anne Sleater sitting in the Broadcast House was killed by a shooter in the same period when a shooter hunting for a KSL-TV reporter opened the fire in the building. Bruce Christensen who formerly served as the President of PBS was elected as the president of the KSL-TV. It covered 2002 Winter Olympics for NBC and heavily lobbied in the favor of the event. It made digital transition on June 12, 2009 however remained active on its pre-transition UHF Ch 38.

Locally produced news and sports programs, syndicated shows including Rachel Ray, a lifestyle program named Studio 5 are among the programs carried by the KSL. Music and the Spoken Word, Mormon Times and History of Saints are also aired by the station. It presently has 25.5 hours of locally produced news-bulletins with 4.5 hours on weekdays and 1.5 hours each on Sat and Sun. Dave McCann is the notable on-air personality of the channel.