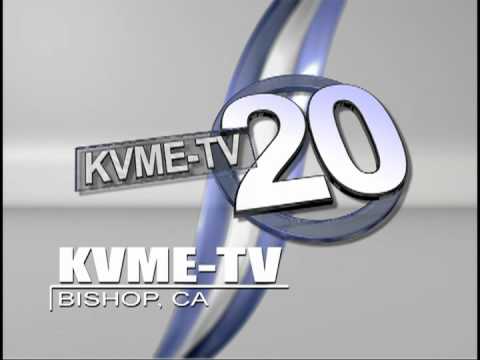 KVME-TV Bishop owned by Venture Technologies Group is a California based station affiliate with Heroes & Icons. Transmitter facility of the Channel 20 is located in the White Mountains. The station went on air on Aug 21, 2007 using analog transmission at channel 20. KBBC-TV was a non-affiliated bilingual station at that time. Most of the programming of the channel was in Spanish including shows like La Corte del Pueblo, Fútbol al Día and La Corte de Familia. It also produced a newscast that covered Central America extensively. KNLA-LP was the translator of the station.

Somewhere in 2012 calls of the channel were changed to KVME and in the same year in April, the station became an affiliate of MeTV. It carried MeTV on Channel 20 which can also be have on DirecTV and Dish Network. The Third digital subchannel shared between KDOC and KVME was branded as MeTV Hollywood; MeTV Los Angeles was the previous branding. Local Adverts were sold by a jointly managed ad sales group controlled by both KDOC and KVME. However, KVME didn’t carry all of MeTV’s content and just ran Spanish language religious and paid content. It disaffiliated with MeTV on Jan 15, 2018.

KVME-TV signed an agreement to become the affiliate of MeTV’s sister service Heroes & Icons on Jan 15, 2008.

The station on Nov 30, 2008 as per requirement of Federal Communications Commission turned on the flash-cut  digital signal and  switched from analog transmission to Digital but kept Channel 20 as its dial.