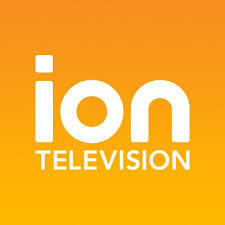 KWPX-TV owned by Ion Media Networks is a Tacoma based station also serving Seattle. The studios of the channel are located on 304th Avenue Southeast in Preston and transmitter is installed on West Tiger Mountain near Issaquah. Positively Entertaining is the catchphrase of the service. Affiliates of the station include Qubo, Ion Plus, QVC and HSN. It went on air on May 17, 1989 as KGBE. The transmitter of the channel was initially located on Columbia Center Tower. It was later relocated to West Tiger Mountain: West Tiger #3. The calls became KWPX on March 9, 1998. It was transmitting Ion Programming High Definition on April 23, 2010. Analog signal went down on Feb 17, 2009 and the channel became a digital service. Private Eyes, NCIS: Los Angles, Chicago P.D., Law & Order: Criminal Intent, Criminal Minds and more programs are available online. You can watch Ion TV online in Bellevue, Tacoma and Seattle. Connect with channel on Facebook, Twitter and Instagram. Here is the website: www.iontelevision.com