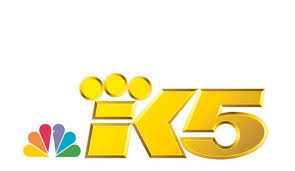 KONG-TV is a Seattle based independent station launched on July 8, 1997 and owned by Tegna Inc. It shares duopoly with KING-TV affiliated with NBC and broadcasting on Channel 5. The studios of the channel are located at Home Plate Center in the SoDo district of Seattle ands transmitter is installed in the Queen Anne neighborhood.

Slogan: This is Home

Call letters: KONG TV were first granted by FCC on April 6, 1984. Following the assigning of calls, KING Broadcasting owner of KING-TV filed a legal complain against KONG TV, Inc. KONG was planned to take to air by June 1, 1984; the studios were planned to be constructed in Everett and advertising sales offices in Seattle. However, the delays were unavoidable as Cougar Mountain locals gathered against the electromagnetic radiation from another broadcasting facility in pipeline. Faced with legal challenges on the transmitter, KONG went dormant until broadcasters came up with a different way to air the new stations in an acceptable way.

On July 8, 1997 KONG went on air under a local ownership but was managed by KING-TV (via an LMA) which turn was owned by Belo Corporation. Belo acquired the service in 2000 when Federal Communications lifted ban on duopolies. Gannet Company on June 13, 2013 announced the acquisition of Belo; the deal consummated on Dec 23, 2013. Upon the split of Gannet into two arms on June 29, 2015, the television stations were shifted under the umbrella of Tegna Inc.

At beginning, KONG-TV aired movies, sitcoms, westerns, old movies, and syndicated programs such as Inside Edition, The Dr. Oz Show, Extra and Access Hollywood. KONG broadcasted certain NBC programs in its lineup most notably Meet the Press. Summer Olympic Games, NFL preseasons, Stanley Cup Finals and matches of Seattle Sounder FC are among the sporting events broadcasted by KONG. It at present broadcasts 22 hours of news programming with five hours on weekdays and half hour on weekends. Breaking news, featured programs, current weather, local headlines, sports updates and entertainment stories are available online. Find the station on Facebook and Twitter. Here is the website: https://www.king5.com/