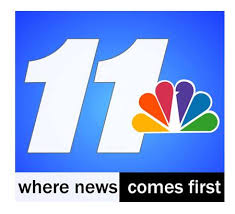 KYMA-TV is an NBC affiliate owned by Northwest Broadcasting that signed on air on Jan 22, 1988 and operates in El Centro, California. Licensed to Yuma, AZ, KYMA-DT shares duopoly with KSWT, a CBS affiliate in Yuma; News-Press & Gazette Company is the operator of the two sisters via a SSA which also makes them sisters to KESE-LP and KECY. The four siblings share studio facilities on South 4th Avenue in downtown Yuma. The advertising sales office is present on West Main Street in El Centro. The transmitter of the station is maintained at northwest of Yuma.

KYMA started its journey as a translator of San Diego-based KGTV in Jan 1988 and would maintain its status as an ABC affiliate. It got its initial license on April 29, 1988 and was located on South Pacific Avenue in Yuma which served as its original site. KYMA was sold in June 1989 to Sunbelt Communications Company. It got affiliated with NBC following a swap with KYEL (later KSWT) on Feb 1, 1991. Intermountain West of Communications Company (formerly Sunbelt Communications) in May 2013 announced the sale of its asset to Blackhawk Broadcasting. KYMA sale was approved by Federal Communications Commission on Aug 12, 2013 and deal consummated on Feb 18, 2014. Blackhawk at the same time looked to purchase Pappas Telecasting-owned KSWT following the issuance of failing waiver to the station by FCC; the KSWT deal was approved on Dec 23, 2013 and acquired by the company on the same day as KYMA.

NPG: News-Press & Gazette Company on July 2, 2014 revealed its SSA with Blackhawk Broadcasting. After the approval of deal all the staff with the exception of only sales personnel of KSWT and KYMA was recruited by NPG under the newly signed resource sharing agreement. Blackhawk still has control over the sales departments of its assets. The deal also resulted in the relocation of KSWT and KYMA under on roof on 4th Avenue.

Apart from clearing NBC’s content as its primary affiliate the station also airs syndicated programming including The Insider, Inside Edition, Live with Kelly and Ryan, Dr. Phil and Wheel of Fortune. The education program of NBC: The More You Know is also part of lineup on Saturday mornings. KYMA-DT presently hosts four daily news-bulletins on weekdays while two on the weekends. You can watch the channel online. Here is the website: www.kyma.com