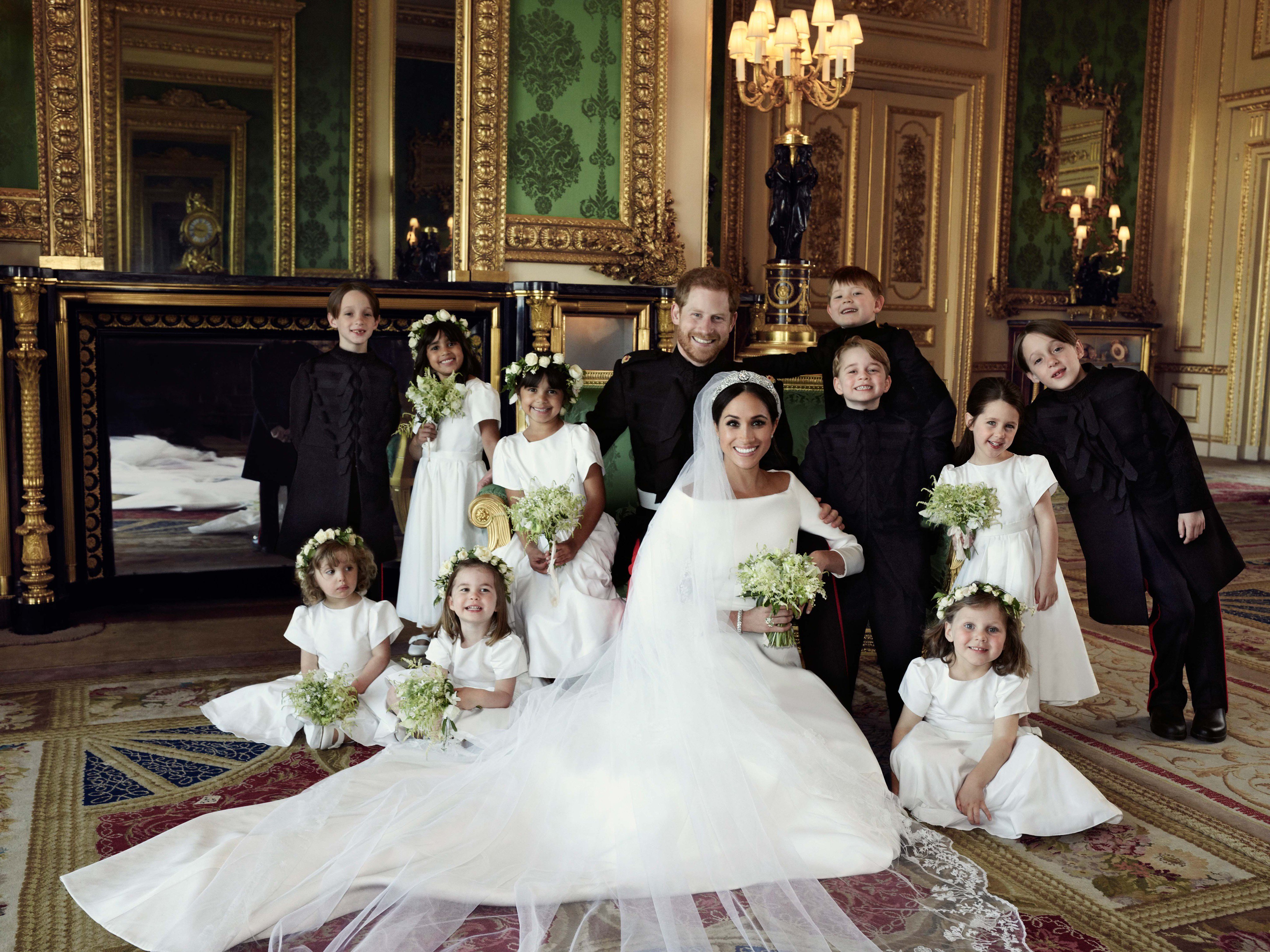 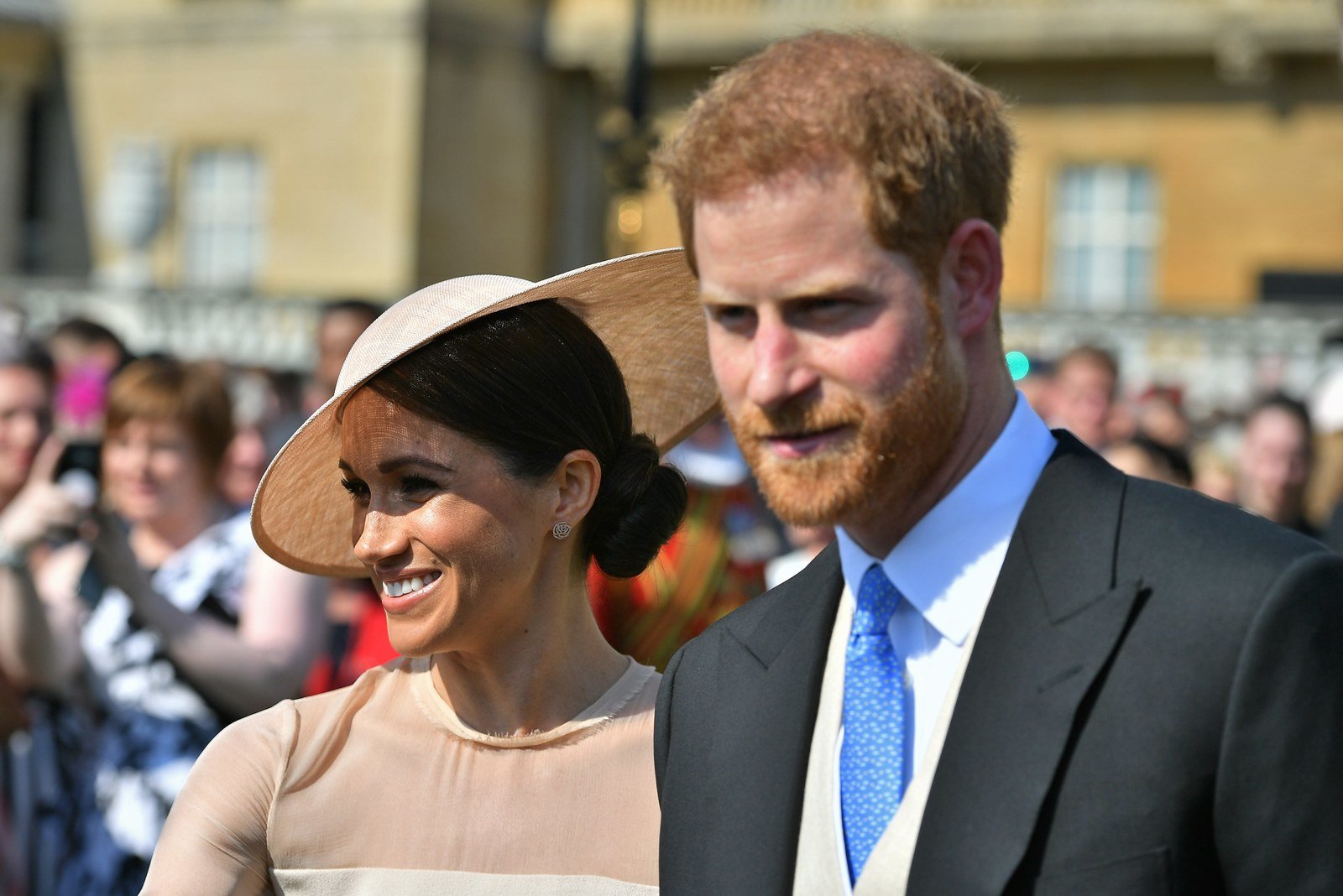 Two days after the unique fairy-tale wedding that left a mark in history, the royal newlyweds turned heads once again as they stepped out to attend Prince Harry’s father, the Prince of Wales’ Birthday Patronage Celebrations today.

However, It is not their first appearance together as such, as they have attended several charity events since the day they officially became a couple engaged to marry.

The British Royals are especially noted for their commendable work in charity and their humanitarian efforts. The Duke of Sussex is also the current Commonwealth Youth Ambassador appointed by Her Royal Highness Queen Elizabeth II.

Following is an occasion tweeted by Kensington Palace, out of the numerous events attended by Prince Harry and Meghan Markle post-wedding.

Prince Harry and Ms. Markle arrive at the reception to celebrate female empowerment and are greeted by the host of the evening, the Foreign Secretary, Boris Johnson and his wife Marina Wheeler. pic.twitter.com/FagI0HLAyF 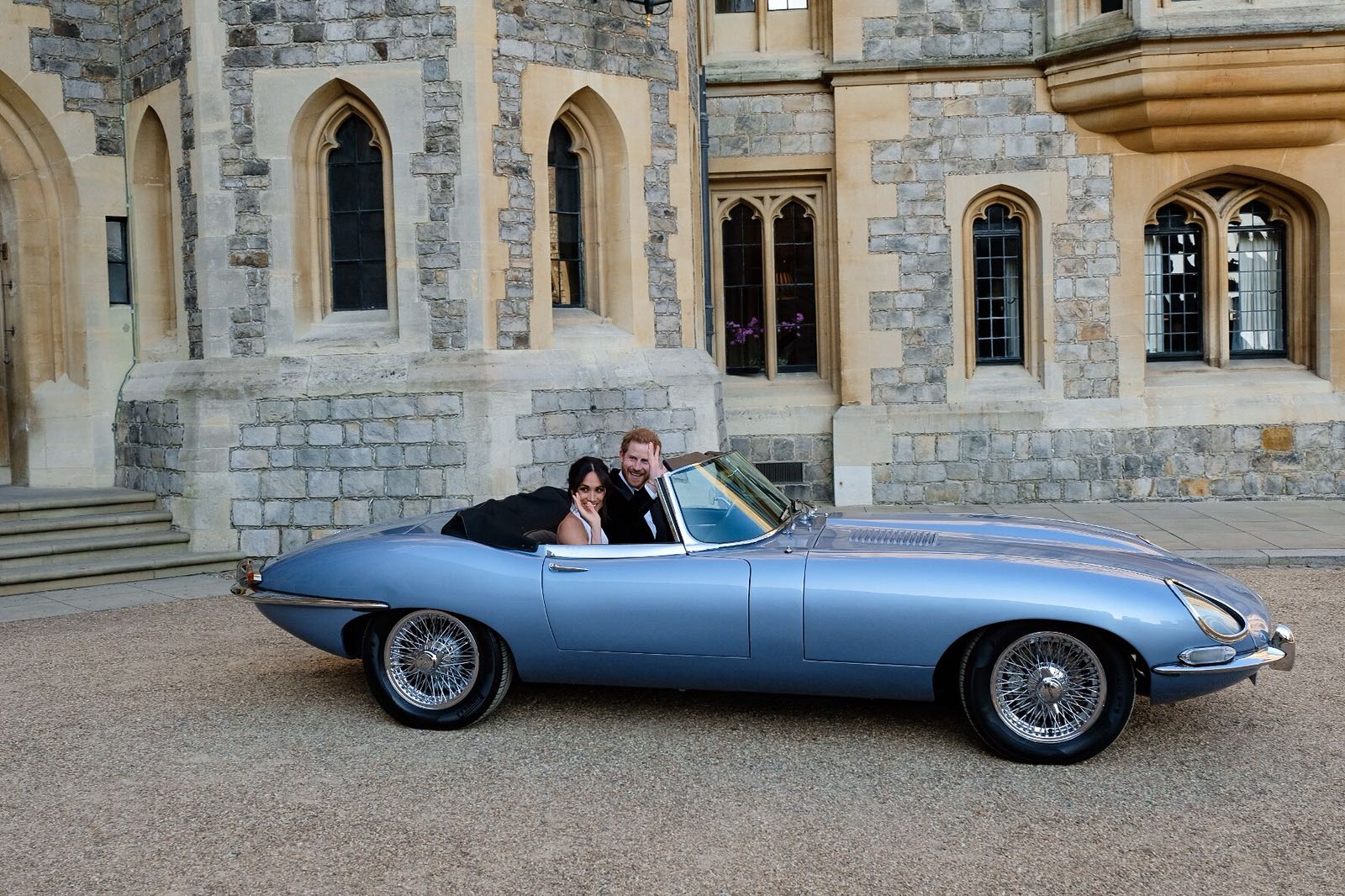 The Duke and Duchess of Sussex left the Windsor Castle, looking as dashing as ever, in a silver-blue Jaguar for the event hosted by Prince of Wales. His actual birthday falls on November 14; along with the Prince’s Patronage celebrations. Today’s ceremony was also an honorary function in remembrance of the Manchester Arena attack last year. Today, May 22, marks the one year anniversary of the tragedy.

About 6000 people were invited to join the festivities at the Buckingham Palace’s gardens, which included military affiliations, patronages, and charities the Prince of Wales supports. Many guests from the Police, Fire and Ambulance, Mountain Rescue and RNLI were also invited. 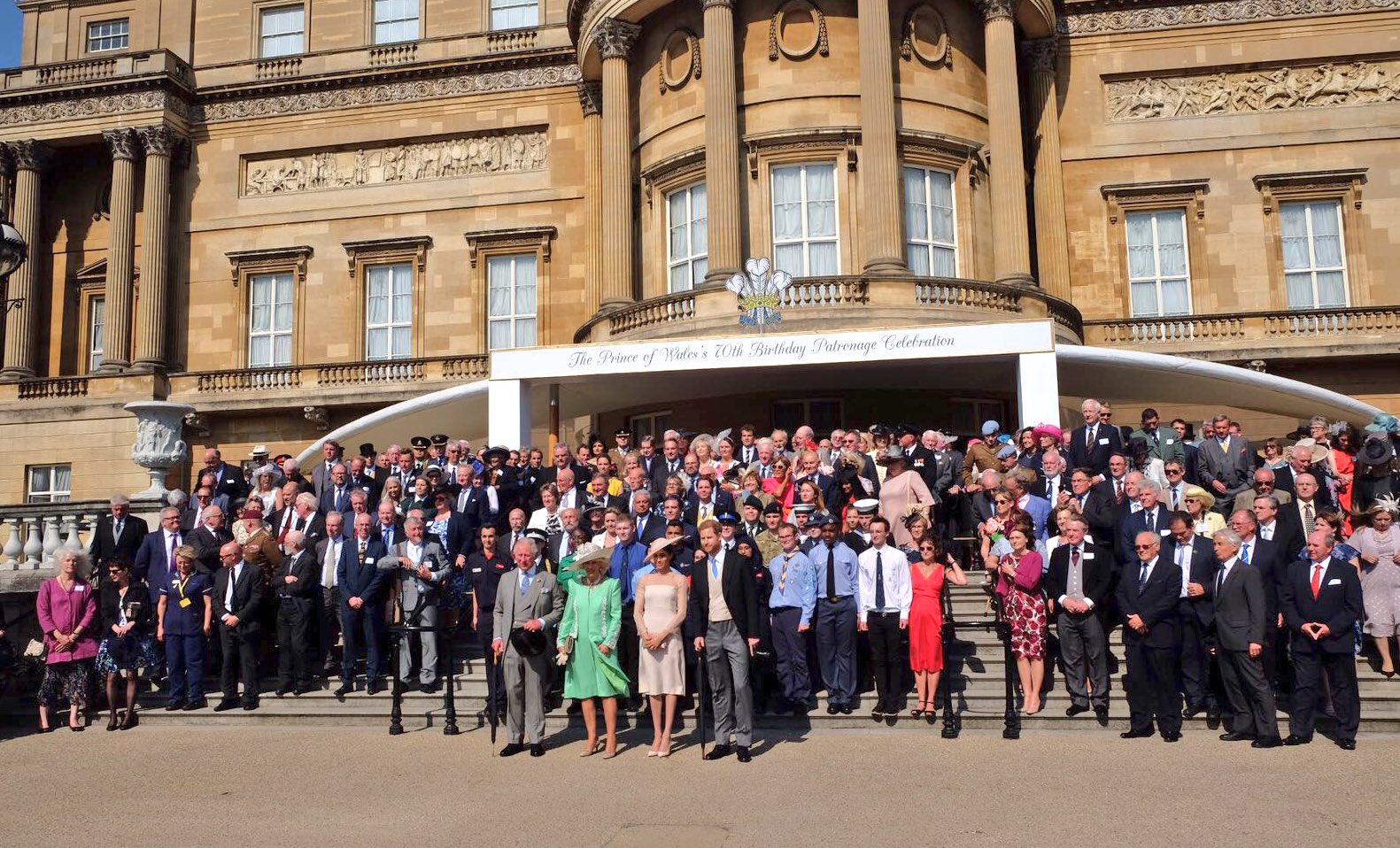 The Duke of Sussex gave a speech starting off with “We are here today to reflect, and to celebrate, my father’s dedicated support to all of you, and the work that you do” after welcoming guests to the royal palace. 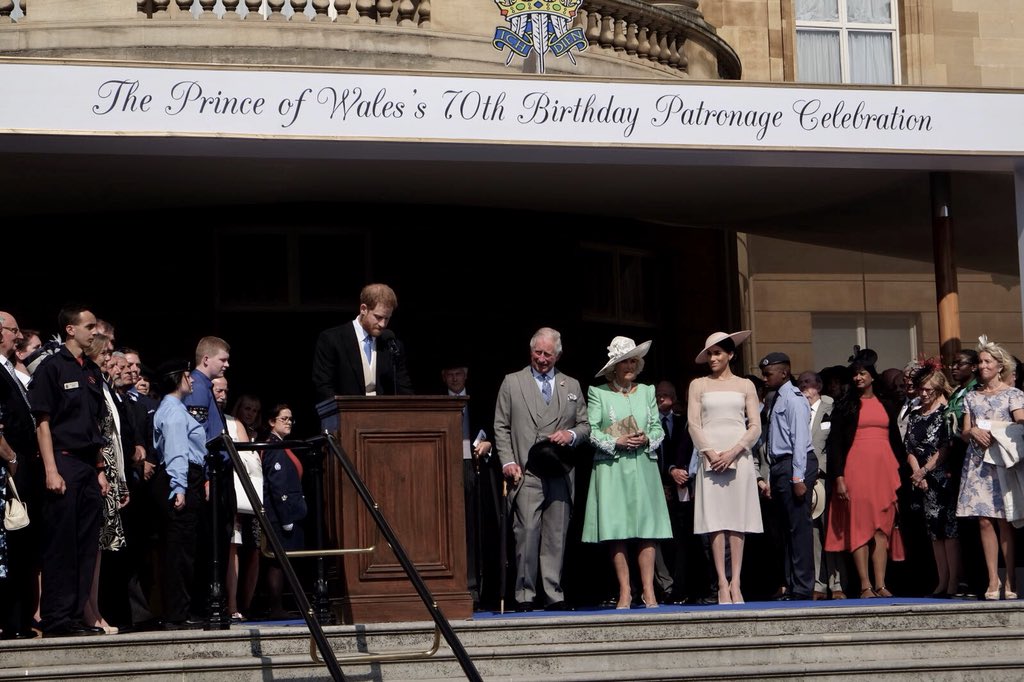 About his father, The Duke of Sussex had strongly reverent and admiring thoughts. He regarded him as the driving force for him and his brother. The Duke of Cambridge, to make a difference in the world.

“His enthusiasm and energy are truly infectious: It has certainly inspired William and I to get involved in issues we care passionately about and to do whatever we can to make a difference.”

The royal newlyweds have delayed their honeymoon plan to join The Prince of Wales in his celebrations.

The father-daughter relationship between the new royal bride Meghan Markle and Prince Charles is quite admirable. He escorted her as she walked down the aisle on Saturday since her father could not do the honor due to the heart problem, followed by an emergency heart surgery. 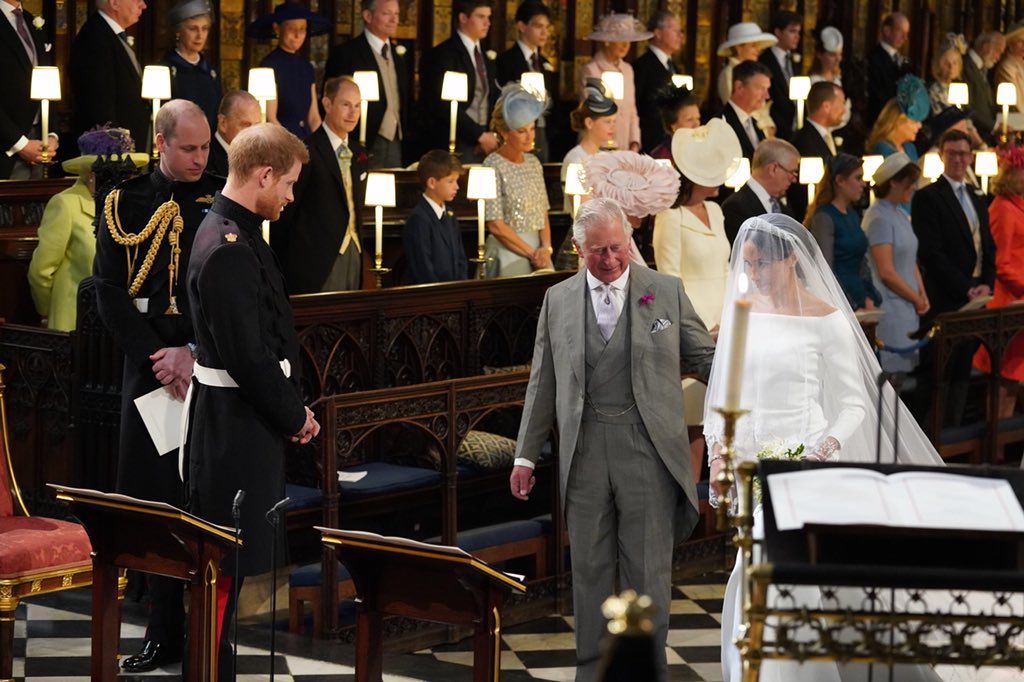 The Duchess of Sussex chose a decent yet classy dull pink full-sleeved dress with a matching hat, for her first royal engagement, and needless to say, she looked amazing. 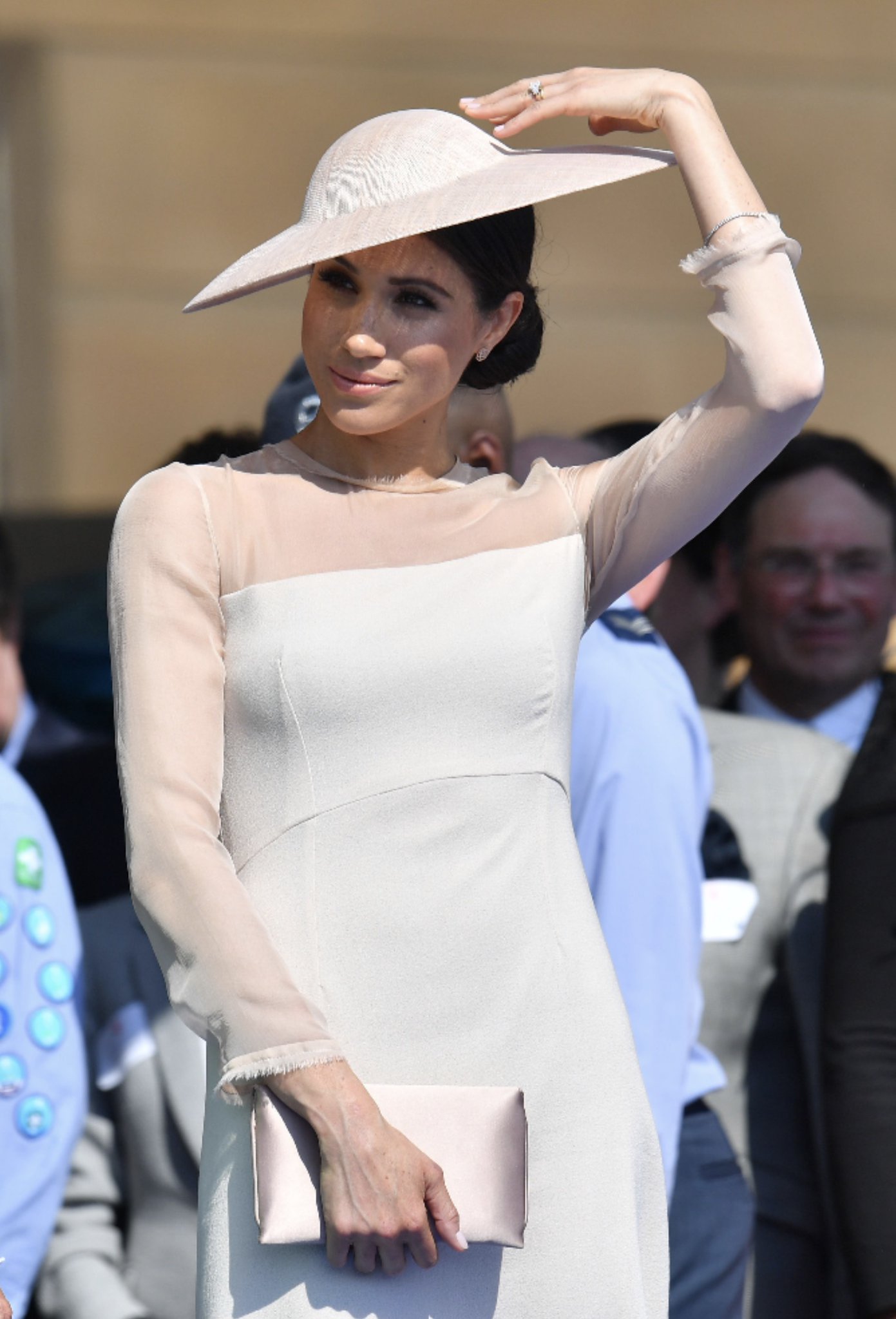 Also, judging from the adorable photo shoot following the wedding ceremony from heaven, it is clear that the new bride fits right in.