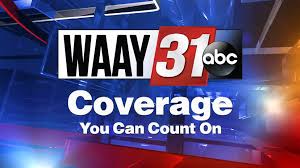 WAAY is an ABC affiliate that broadcasts on UHF Ch 32 and is owned by Heartland Media. The Huntsville station launched on Aug 1, 1959 operates across Huntsville, Alabama and its studios are maintained on Monte Sano Boulevard.

WAAY singed on air as WAFG-TV on Aug 1, 1959 and was Alabama’s maiden ABC affiliate. WMSL-TV at that time was the only other station in the market and was affiliated with NBC. Upon it sale to Smith Broadcasting in 1963 the calls were changed to WAAY-TV. Federal Communications Commission had awarded Smith Broadcasting a permit to set up a new station on UHF Ch 25, but Smith following the purchase of WAFG gave up the permit which was then given to Alabama Public Television.

It separated from ABC on Sep 2, 1967 to join NBC but returned to ABC to sign a new affiliation ten years later. However, it would still share some of the NBC programming during 1980s; Friday Night Videos and Late Night with David Letterman were among the notable programs. The channel was one of the first channels that adopted weather radar systems for its weather programming in early 70s. WAAY during 1974 tornado outbreak was the only station in the market to report about the storms using its newly incorporated system while others relied on telephoned reports and traditional visual sightings. It then launched HiWAAY Information Services, an Internet service provider, which went through a stern local competition in Huntsville area in 90s.

GOCOM Broadcasting acquired the station in 1999. Piedmont Communications (previously GOCOM) sold the station to Calkins Media in 2006; the deal was closed on Feb 1, 2007. Calkins, a Pennsylvania company with WAAY had its first asset outside of Florida. WAAY was released to American Spirit Media, when Calkins decided to leave the broadcasting industry in April 2016; Raycom would operate the channel under a shared services agreement. Calkins then sold the station to Hartland Media on Aug 26, 2016; the deal consummated on April 30, 2017.