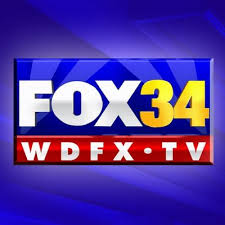 WDFX 34 established in Feb 1991 is an Ozark based station serving the Wiregrass Region of southeastern Alabama including Dothan. Owned by Lockwood Broadcast Group, the transmitter of the station is installed in unincorporated areas of Wicksburg and studios are located on Ross Clark Circle in Dothan.

Fox 34 was launched as WDAU in Feb 1991 and aired on Ch 34 using analog signal when a small group of Ozark investors after observing the demand of local broadcaster in the market set up the channel and linked it with Fox since its inception. The calls were previously used by now WYOU, a CBS affiliate serving Scranton, Pennsylvania. It changed its calls to WDFX-TV on Aug 31, 1995 under the ownership of David Woods via Woods Communications Corporation. David’s Father Charles Woods would own Dothan-based WTVY. Under the ownership of Woods Communications Corporation, the WDFX ratings were quickly improved. Waitt Media in June 1999 purchased the station and relocated it to Ross Clark Circle. From here the channel was sold to Raycom Media on Dec 15, 2003 where it would become a sibling of Montgomery-based WSFA two years later as Raycom took control of Liberty Corporation.

Gray Television acquired Raycom on June 25, 2018 and took control of WDFX-TV but sold the station and its sister WPGX to Lockwood Broadcast Group on Jan 2, 2019.

WDFX broadcast local, national and international news, weather updates, Fox Sport news, and Fox News Entertainment for its viewers. Local businesses and community events are also promoted by the channel. You can watch the WDFX-TV online for the latest Wiregrass news stories and also follow it on Facebook, Twitter and YouTube. Here is the website: https://wdfxfox34.revrocket.us/n/#!/home