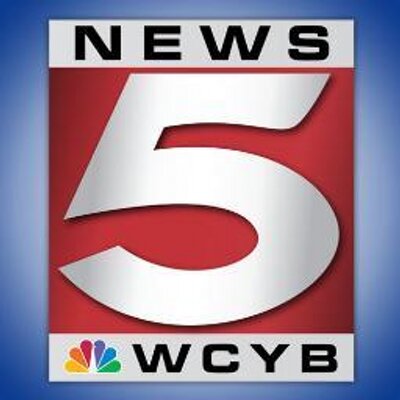 WCYB-TV owned by Sinclair Broadcast Group is a dual NBC-CW affiliate broadcasting in Bristol, Virginia and Johnson City/Kingsport, Tennessee. WCYB is one of the two commercial channels in Tri-Cities that are licensed to Virginia side of the market. Launched on Aug 13, 1956 it shares duopoly with WEMT owned by Cunningham Broadcasting and operated by Sinclair through an LMA. The siblings share space on Lee Street in Bristol with transmitter installed at Rye Patch Knob on Holston Mountain. It is available on Ch 5 on both Carter Spectrum and Comcast Xfinity.

Getting the Facts Right

WCYB launched on Aug 13, 1956 is a primary NBC affiliate since its launch although it offered some of ABC programming as its secondary affiliate but dropped it when WKPT was launched on channel 19 in 1969. The channel was originally owned by Appalachian Broadcasting; the consortium consisting of J. Fey Rogers, Harry M. Daniel, Robert Smith and Charles M. Gore would also have ownership over WCYB 690 AM radio. It was then sold to Star Broadcasting in 1969 which sold it to Blue Television in 2004; Blue merged with Bonten Media Group later in 2007. It then took over operations of WMET in Feb 2006. WMET was at that time owned by Aurora Broadcasting. The channel (WMET) was later acquired by Esteem Broadcasting as a part of agreement it made with Bonten. The studios of the channel were relocated from Johnson City to WCYB facilities. Bonten stations were then acquired by Sinclair Broadcast Group on Sep 1, 2017.

It made its digital transition on June 12, 2009. The out-of-market cable carriage makes it available in the areas of Pikeville, North Carolina, Kentucky, West Virginia, Wilkesboro and McDowell County outside of Tri-Cities market. On June 17, 2010 it became the first station in the market to air newscasts in High Definition. Audiences can watch local, national and world news, weather and sports updates, features, trending videos, traffic reports, Chime In and more online. Find WCYB on Facebook, Instagram and Twitter. Here is the website: https://wcyb.com/