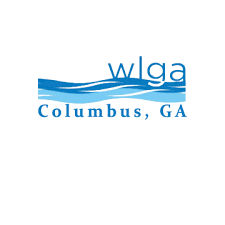 WLGA Channel 66 launched on May 16, 1982 is a Cozi TV affiliate that serves Opelika, Alabama and is owned by CNZ Communications. It is stationed at 13th Avenue in Columbus, Georgia while Cusseta, Georgia serves as the transmitter site.

WLGA hit the waves as WSWS-TV on May 16, 1982 as Columbus’s maiden independent broadcaster. It initially broadcasted cartoons, low budget movies, religious shows, business programming and other public interest programming. Warden Broadcasting was the original owner of the station later acquired by Christian Television Network in 1984. At the outset it also carried the content borrowed from Financial News Network which was dropped by year 1987. Carrying religious programming under Christian Television Network (CTN) following the ownership change the channel still produced most of its secular programming.

WSWS was then acquired by RCH in 1995 and linked its newly purchased asset with UPN: United Paramount Network. It would also carry the content produced by The WB (Now Ion Television) as a secondary affiliate. Pappas Telecasting became the new owner of the station in 1996 and made an overhaul in the programming slots. During its affiliation with The CW Plus and UPN, WSWS would air sitcoms drama series, cartoons, courtroom shows, and talk shows. Some of the programs aired by the channel included Judge Joe Brown, The Cosby Show, My Three Sons, Judge Judy, The Mary Tyler Moore Show, Saved by the Bell and others. The syndicated reruns also included Evening Shade broadcasted between 1995 and 2010; the CBS show is at present normally broadcasted on Antenna TV.

New calls WLGA were adopted on June 27, 2005; the North Platte, Nebraska, sister, WSWS-CA got the abandoned call sign to become WSWS-CA. WSWS-CA in June 2009 incorporated the news calls to become KHGI-CA. It became The CW affiliate in Sep 2006 following the merger of The WB and UPN. On April 27, 2009 WLGA separated from The CW which allowed WLTZ to become its new partner as an NBC sub-channel. Pappas asset became an independent station then but in June 2010 announced the termination of operations effective on June 4. The license of the channel was not revoked during it’s off air period and it ultimately received construction permit for the channel 30. It retuned on air in Aug 2012 on Channel 47 and started airing WeatherNation on Ch 66.1. However, the broadcasting license shifted to Ch 30 on June 24, 2013 and WeatherNation was dropped in favor of Antenna TV.