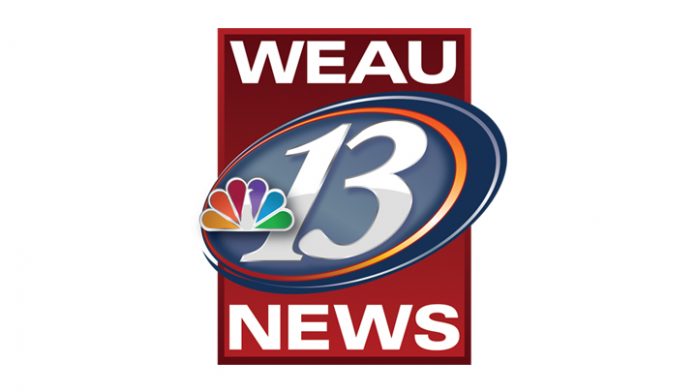 WEAU: Channel 13 is an NBC affiliate licensed to Eau Claire, Wisconsin and operating in Western Wisconsin, La Crosse and Chippewa Valley. A transmitter installed north of Fairchild enables it to broadcast in HD. Owned by Gray Television, Channel 13 maintains studios on South Hastings Way/U.S. Business in Altoona. Western Wisconsin is one of the few markets in US to get NBC content via multiple over the-airs affiliates including La Crosse by W34FC-D which is a repeater of KTTC in Rochester, Minnesota. WEAU also serves the La Crosse audiences via a broadcast relay transmitter in La Crescent, Minnesota which get poor reception because of the topography of the area. WEAU is the only primary affiliate of the network in the area available via satellite and cable carriers. WMTV, WSAW, KCRG-TV and WZAW-LD are the sisters of the service.

Slogan: Important to You

WEAU went on air on Dec 17, 1953 and was originally owned by Central Broadcasting Company. The company also had ownership over Eau Claire Leader-Telegram and WEAU 790 AM (now WIAL 94.1 FM). The channel is a longstanding NBC affiliate but during its initial days carried the content by ABC, DuMont and CBS. It in the late 50’s for a brief period of time was also linked with NTA Film Network. Sheriff Bob Dawson was one of the notable personalities who hosted a children’s show in the first decade of broadcasting for Ch: 13. Original studio location for the service was maintained on South Hastings Way in Eau Claire. Two transmitter towers were constructed for the service in Eau Claire and Fairchild respectively in 1956 and 1966; the Eau Claire facility is now used by WQOW affiliated with ABC and broadcasting on Ch 18.

The service was sold to Post Corporation of Appleton in 1962 which was acquired by George N. Gillett Jr. in 1984; it joined Milwaukee-based WITI as a sister. On Sep 11, 2006, the channel once again started providing weather programming to the Central Communications radio assets. In 1990, Gillett released WEAU to Busse Broadcasting. Cosmos Broadcasting and Gray Communications in 1998 joined hands together to acquire Busse Broadcasting assets; the partnership resulted in WEAU going to Cosmos while KGIN and KOLN were claimed by Gray. The latter then swapped Albany-based WALB in exchange of WEAU however, Gray reclaimed it when the later owner of WALB Raycom Media merged with Gray in 2019.

Wheel of Fortune, Daily Mail TV, and Steve are among the notable syndicated programs broadcasted by the NBC affiliate. The local news from Eau Claire, La Crosse and Chippewa Valley with latest weather updates (SkyWarn 13 Weather), sports stories (SportScene 13) and more can be watched online. You can use the Facebook and Twitter handles to connect with WEAU 9 News. Here is the website: https://www.weau.com/