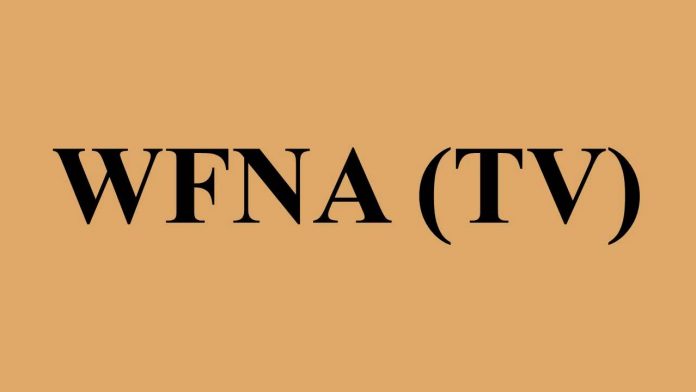 WFNA owned by Nexstar is a CW affiliate that serves Mobile and Pensacola in Alabama and Florida respectively. The channel shares duopoly with WKRG: Ch 5 and is licensed to Gulf Shores, AL. The siblings share space on Broadcast Drive in southwest Mobile and transmitters are installed near Robertsdale.

WFNA originally hit the waves as WBPG on Sep 2, 2001 and upon its inception replaced Sinclair-owned WFGX as WB affiliate; the former on Aug 31, 2001 became an independent channel. Pegasus Broadcasting was the original owner of the WBPG which at that time spread across both Alabama and Florida sides of the market.

Emmis Communications in 2003 acquired the station to set up a duopoly with its Fox affiliate holding WALA-TV broadcasting on Ch 10. Following the purchase Emmis merged the operations of the siblings on Satchel Paige Drive which would then serve as the common studio facility for both. On Nov 30, 2005, LIN TV Corporation purchased WALA and entered an LMA to operate WBPG instead of its direct acquisition. On July 7, 2006, LIN also bought WBPG from Emmis Communications. Upon the unification of The WB and UPN on Jan 24, 2006, WBPG on Sep 18, 2006 opted to sign affiliation with The CW.

In Oct 2009m the calls were changed to WFNA as a part of larger rebranding move adopted by LIN akin to that of Tribune Broadcasting in 2008. The branding was once again reverted in Sep 2012 and the channel became CW 55 to signify its association with The CW. LIN in March 2015 singed a merger deal with Media General following which it came under the ownership of Media General. Media in turn announced the sale of WALA to Meredith Corporation in Aug 2014 however, couldn’t release WFNA which was maintaining a duopoly with sibling WKRG. Upon the merger of Media General with Nexstar in Dec 2013, it became a Nexstar asset.

The primetime news-bulletin hosted by WFNA is CW 55 News at 9 originally produced at WKRG and emphasizes on Pensacola part of the market. The separate branding for the station was dropped in April 2018 and was replaced with WKRG News 5. The channel broadcasts local Mobile/Pensacola news, news from Baldwin County, Northwest Florida, weather alerts, traffic reports, community events, High School and College Football. Follow WKRG 5 on Facebook and Twitter. Here is the website: https://www.wkrg.com/gulf-coast-cw