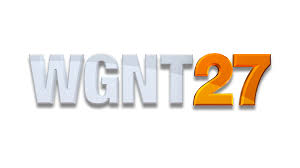 WGNT-TV launched on Dec 6, 1953 is a CW affiliate broadcasting in Hampton Roads area of Southeastern Virginia including cities of Virginia Beach, Norfolk, Hampton, Newport News and northeastern North Carolina. Owned by Dreamcatcher Broadcasting, LLC, it shares duopoly with Norfolk-linked WTKR affiliated with CBS. Tribune Broadcasting operates both WTKR and WGNT under SSA. The studios of the WGNT and WTKR are located on Boush Street in downtown Norfolk. Transmitter of the station is installed in Suffolk, Virginia.

WGNT went on air on Dec 6, 1953 as WTOV-TV as an independent station and was owned by Commonwealth Broadcasting. The third television station in Hampton Roads area and the second to broadcast on UHF band later became a DuMont TV affiliate. It broadcasted for limited hours and had a very limited viewership at the beginning. After the launch of WAY-TV in Sep 1957, the poor financial condition of the station contributed to its closure in 1958. The calls were grabbed by an NBC affiliate in Steubenville.

The channel returned to airs on Oct 1, 1961 when M.G. Pat Robertson acquired a license for Ch 27; it was relaunched as WYAH-TV though the original choice for calls by Robert was WTFC, but were unavailable at that time. Spratley Street West of downtown Portsmouth served as first studios for WTFC.

By Sep 1967, the channel was airing color broadcasts including low-budget films, travelogues, local productions, games, stories and religious short films. Jim and Tammy Show and The 700 club were among the notable programs aired by the service. WYAH was sold by Robertson to Centennial Broadcasting in 1989 as the owner exited from the broadcasting business. Under the new ownership the channel changed its callsign to WGNT on Sep 13, 1989.

The new station in the beginning broadcasted shows inherited from Continental Broadcasting Network, however, decreased the off-network content to considerable amount. It then stated mixing more contemporary programs in 90s. Jerry Springer, Ricki Lake and The Rush Limbaugh Show seemed to bring fresh air. It became a charter UPN affiliate in Jan 1995 and was renamed as UPN 27. Paramount Stations Group acquired WGNT in 1997 to make it the only network service in Hampton Roads. After Viacom purchased CBS, it became a part of CBS Television Subsidiary of the company. Upon the launch of new television network: The CW, WGNT immediately joined it on Sep 18, 2006. Local TV purchased the station on June 14, 2010 to make a sister of WTKR.

When Local TV merged itself into Tribune Company in July 2013, it became part of Tribune; the sale was finalized on Dec 27, 2013. The sale of the channel is currently pending to Nexstar which would resale it to E. W. Scripps.

WGNT syndicated programs include It’s Always Sunny in Philadelphia, Steve and Dr. Phil among others. You can watch WGNT online with news, sports, traffic and weather reports, Coast Live, and contest. Follow the station on Facebook and Twitter. Here is the website: https://wtkr.com/category/wgnt/