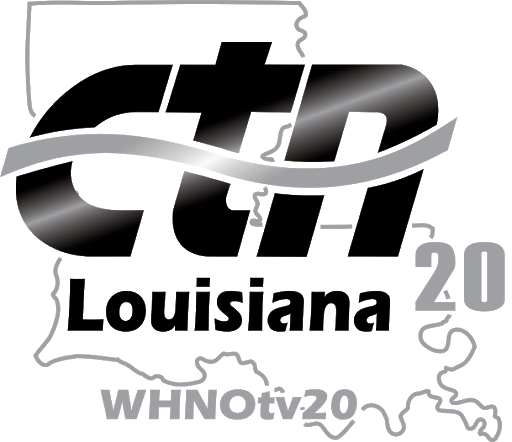 WHNO is a Christian Television Network station serving New Orleans areas in Louisiana. The channel signed on air on Oct 20, 1994 and currently operates from studios located on St. Charles Avenue in downtown New Orleans with a transmitter installed near Behrman Highway in Algiers neighborhood.

LeSEA Broadcasting bought the construction permit for CH 20 in 1991 after the approval of Federal Communications Commission. The channel went on air on Oct 10, 1994 and broadcasted Christian programs originally. It also mixed the religious content with family-entertainment syndicated programs and movies. It rejected an offer to get affiliated with UPN when it launched on Jan 16, 1995.

WHNO started airing CBS This Morning in 1998 and replaced it with The Early Show in 1999 and carried it until 2002 before losing it to WUPL. It also opted to air some of Christian-targeted paid programs in off-peak hours in 2000. The Christian station was severely damaged by Hurricane Katrina in Aug 2005. The channel couldn’t return before November and offered WHT programming until Dec 3, 2005.

In the last month of 2005, the broadcaster resumed its regular local lineup and local advertising. WHNO released its two LP stations in Colorado Springs and Las Vegas to Christian Television Network for USD 5.7mn on April 23, 2018. Analog to digital transmission was completed on Jan 16, 2019. You can watch a mix of local and national Christian ministry programs online with program guide, community calendar and more. Follow the channel on Facebook, YouTube and Twitter. Here is the website: http://www.ctnonline.com/whnotv20.html