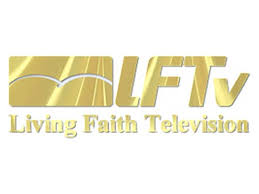 WLFG Grundy branded as LivingFaith TV is a non-affiliated religious station operating in Tri-Cities area of southwestern Virginia and northeastern Tennessee. Together we’re making it happen is the catchphrase of the service. Living Faith Ministries, Inc. own the Christian station. The transmitters of WLFG are located near Hansonville, Virginia and Harlan, Kentucky. The programming of the channel is relayed through two satellites WLFB and WAGV in Bluefield, West Virginia and Harlan respectively. WAGV first turned digital when its analog transmitter malfunctioned.

The Reverend Buford Smith, the founder of Living Faith Television, established the channel on Jan 2, 1955; the original broadcaster in Grundy eventually grew a network of three transmitters. Smith was a pastor of Tookland Pentecostal Church in Grundy till his death in May 2003. Michael Smith, son of Rev. Smith became who was already serving as the President of Ministry assumed the charge of Living Faith Television as CEO. The channel in 2006 separated with its founding financer Tookland Pentecostal Church and became independent. The ministry is now under the control of board of Living Faith Television. Michael Smith’s wife CFO act the CFO of the organization. Other key personalities include Mary Smith, wife of late Buford Smith, Fred Schmidt and Laverne Tripp.

Most of the content hosted by the channel is purchased air time of other ministries. Living Faith Now! is the flagship program produced at WLFG. Other notable programs include Life Begins at Calvary, Fred Schmidt and Sing Time. Audiences can watch the station online and follow it on Facebook and YouTube. Here is the website: http://livingfaithtv.com