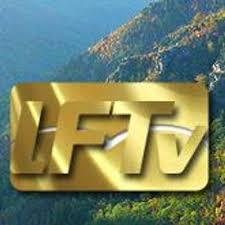 WLFG-TV Grundy launched on Jan 2, 1995 is a religious independent channel licensed to Grundy, Virginia. It serves Tri-Cities area of southwestern Virginia and northeastern Tennessee. Living Faith Ministries, Inc. is the owner of the independent channel broadcasting from transmitters located near Hansonville, Virginia and Harlan, Kentucky. It also operates two satellites, WAGV in Harlan channel 68 and WLFB on Channel 40 in Bluefield. West Virginia to relay its signal in those parts. WAGV was the first of the two transmit digital signal following the malfunctioning of the analog facility. Together We’re Making it Happen is the slogan of the channel.

Living Faith Now! Fred Schmidt, Life Begins at Calvary and Sing Time are among the notable programs produced by the channel. It is available in out of market areas of College Grove, Charlotte, Greensboro, Charleston, Hazard and Floyd County. You can watch Living Faith Television online for religious programs like Life Everyday with Lisa and other Ministry programs. Follow the station on Facebook and YouTube. Here is the website: www.livingfaithtv.com