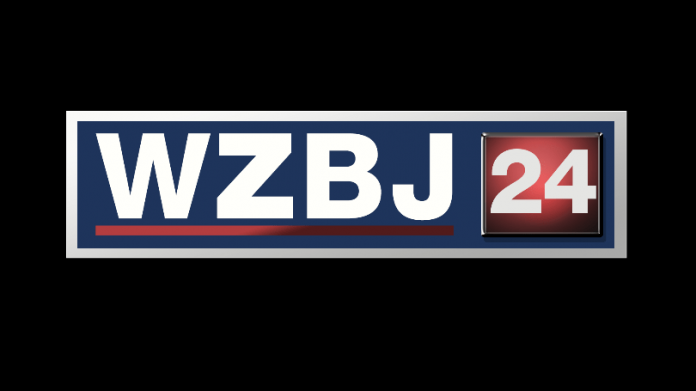 WZBJ-TV Roanoke launched on Aug 18, 1994 is a MyNetwork affiliate broadcasting in Danville, Lynchburg and Roanoke. Owned by Gray Television, the channel shares duopoly with WDBJ which is affiliated with CBS. WZBJ-CD, an LP Class A station is also the sister of WZBJ. The three sisters have studios located on Hershberger Road in northwest Roanoke. The transmitter facilities of the channel are located on Poor Mountain in Roanoke County.

WBTM-TV was the original occupant of the channel 24; the channel broadcasted from mid-to-later 50s. Upon denial of request to become a hybrid and commercial service by Federal Communications Commission it went silent.

The channel signed on air as WDRG on Aug 18, 1994 under the ownership of MNE Broadcasting. It then signed affiliation with The WB when it launched on Jan 11, 1995. The calls of the channel were changed from WDRG to WDRL-TV on Jan 1, 1997. A low power translator W54BT was launched in Roanoke during the same time. The translator was shut down upon the orders of Federal Communications Commission on March 31, 2005. Following the merger of UPN and The WB on Jan 24, 006 it became market’s CW affiliate on Sep 18, 2006.

Liberty University announced to purchase the channel but dissolved the agreement with the consent of MNE in May 2008. Living Faith Television also revealed its plans to take over the channel on Oct 30, 2008 but couldn’t complete the deal. WDRL changed its callsign to WEFC-TV on Dec 1, 2011; the call letters were previously used by an ION affiliate in Roanoke broadcasting on Ch 38. Jones Broadcasting acquired the channel in March 2012 but sold it to Morning Start Broadcasting in June 2013. Under the new owners the calls were changed to WTLU on April 11, 2014 and later on March 6, 2015 became WFFP-TV. On June 15, 2018, Gray Television purchased he channel form the subsidiary of Liberty University and renamed it later on Aug 13, 2018 as WZBJ. Under Gray it became MyNetwork affiliate.