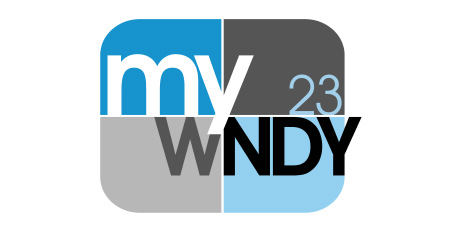 WNDY-TV launched on Nov 1, 1987 is a MyNetwork affiliate operating in Indianapolis IN. It is licensed to Marion. Circle City Broadcasting is the owner of the channel which is a sister to WISH-TV and WIIH-CD and shares duopoly with the former. The three sisters are located under one roof on North Meridian Street on the near north side of Indianapolis. The transmitter is installed on Walnut Drive in Augusta section of the city’s northwest side. Both WISH and WINDY share one web-portal. AT&T U-verse, Comcast Xfinity and Charter Spectrum are the cable carriers of the television.

WMCC was released to Wabash Valley Broadcasting on Dec 7, 199. On Jan 9, 1995, it changed its calls to WNDY-TV and was rebranded as INDY-TV. It became a charter WB affiliate two days later and changed its affiliation to INDY-TV WB 23 to reflect its new affiliation with the newly joined network. Hulman-George family put the station on the market in 199. Spartan Communications came forward to buy WNDY but stepped out of the deal an hour before it was scheduled on Oct 3, 1997. On Jan 22, 1998, it joined UPN but still maintained WB affiliation. It was bought by UPN on Feb 4, 1998.

Media General merged with Nexstar on Sep 8, 2015. On Dec 3, 2018, Nexstar showed its intent to acquire assets of Tribune Media. Circle City Broadcasting on April 8, 2019 revealed its plans to acquire WNDY and WISH and sealed the deal on Sep 1, 2019.

The Real, Hot Bench, CBS This Morning and The Doctors are the notable syndicated programs hosted by WNDY. CBS Evening News, Eyewitness News, Face the Nation and CBS This Morning are the notable newscasts. Derek Daly is among the notable personalities of the ch 23. News, weather, sports, Indy Style, community events, podcasts, videos and more is available online. Follow Indianapolis news on Facebook, YouTube, Twitter and Instagram. Here is the website: https://www.wishtv.com