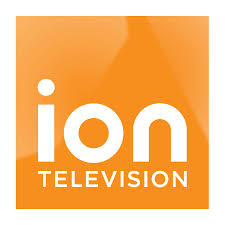 WPXV-TV Norfolk owned by Ion Media Networks is an entertainment and news station broadcasting in Norfolk, Virginia. It also serves the Hampton Roads area. Studios and transmitter of the channel are located on Nansemond Parkway in Suffolk, Virginia.

WPXV-TV was launched as WJCB on May 29, 1989. It then became DWJCB on Jan 23, 1987. It was a Tidewater Christian Communications station in the beginning. The present calls: WJCB were adopted on May 29, 1989. Tidewater sold the channel to Lockwood Broadcasting in Hampton, Virginia. The Lockwood purchase of the asset from Tidewater was worth USD 6.75 million. Ownership was once again changed when Lockwood Broadcasting sold the station to Paxson Communications for 14.75 million. Under the ownership of Paxson Communications the callsign was changed to WPXV-TV on March 2, 1998. It initially aired religious programming and infomercials before turning towards entertainment and general public programs. On June 12, 2009 WPXV became a digital channel. You can watch the station online and follow it on Facebook, Twitter and YouTube. Here is the website: https://iontelevision.com/