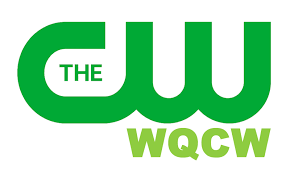 WQCW Portsmouth owned by Gray Television is a Portsmouth, Ohio based service established on Dec 5, 1984 and affiliated with CW. The studios of the service are located on 5th Avenue in Huntington with transmitter installed in Milton, West Virginia. It shares duopoly with NBC affiliate WSAZ-TV broadcasting on Ch 3 in the market.

A construction permit was granted for WUXA in 1984 however no channel got activated on the assigned call until Oct 5, 1998 when WHCP hit the waves as The WB affiliate. It brought in UPN content in 2000 following the departure of WVAH-TV from the network. It shortly after its launch set up two LP translators WOWB-LP and WBWV-LP in Charleston and Huntington on Ch 53 and Ch 69 respectively. It greatly depended on the cable sand satellite coverage in rugged mountainous region. Dish Network had started broadcasting the service when it launched exclusive feed for Huntington-Charleston. This was followed by DirecTV on Jan 25, 2006. It became an HD service on Nov 9, 2010. Following the merger of UPN and The WB, it joined the upstart network The CW in 2006. The identities of WWOWB and WBWV were changed to WOCW-LP and WVCW-LP on May 26, 2006. The main station on May 31, 2006 was rechristened as WQCW. Initially rebranded as ‘The Q’ the channel was rebranded as Tri-State’s CW later. It was sold to Lockwood Broadcast Group on Jan 20, 2007; the deal consummated on May 21, 2007. The new ownership not interested in digital conversion surrendered one of the licenses of its two LP translators to Federal Communications Commission. Lockwood intended to sell its assets to Excalibur Broadcasting but the deal fell through in Feb 2014 as the channels were released outrightly to Gray Television. The LP translator WOCW was acquired by DTV America Corporation on Jan 14, 2015.