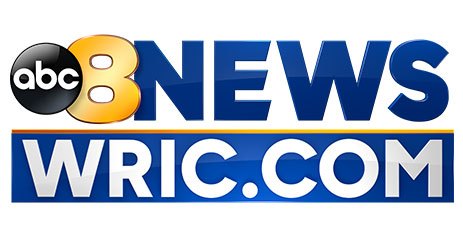 WRIC-TV launched on Aug 15, 1955 is an ABC affiliate broadcasting in Richmond, Virginia and licensed to Petersburg. Owned by Nexstar Media Group, the studios of the channel are located in Chesterfield County while transmitter is located in Bon Air where it shares space with PBS affiliated WCVW and WCVE. Broadcasting on Channel 57 and Channel 23.

Slogan: News Where You Live

WRIC was launched as WXEX-TV in 1955 and was owned by Thomas Tinsley via his company Petersburg Television Corporation which also owned WLEE radio. The transmitter of the channel was located in the Bermuda area of eastern Chesterfield County with main studios located in Petersburg. It initially like WTVR didn’t cover Richmond but started broadcasting later and also established sales office and satellite studios near Midlothian Turnpike in Bon Air. It then switched affiliations with Ch 12 in 1965 to become an ABC service. Tinsley released the WXEX and WLEE to Nationwide Communications in 1986. A fire demolished the studio and offices in Petersburg in 1969. It then shifted its studios temporarily to a vacated store for a few weeks and broadcasted from its transmitter.

A brand-new facility named: Blandford Manor was inaugurated later on Crater Road. Nationwide sold the sister WLEE in 1981. The studios were moved to present location on Arboretum Place in Chesterfield County on April 23, 1990. With new studies came news callsign: WIRC-TV which still linked with Petersburg market though identifies itself as Petersburg/Richmond. Young Broadcasting purchased all of Nationwide assets affiliated with ABC in 1993. Young in 2009 declared bankruptcy and in an auction the channel was acquired by Media General on June 6, 2013. Media General then announced to acquired Meredith Corporation for a merger in Sep 2015 but deal couldn’t take place. WRIC-TV 8 branding was changed to ABC 8. When Media General merged with Nexstar formally on Jan 17, 2017, it became a Nexstar asset.

Wheel of Fortune, The Dr. Oz Show, Dr. Phil and Jeopardy! are the syndicated programs of the ABC affiliate. WRIC on Sep 28, 2011 became the 3rd commercial channel in Richmond to broadcast in HD. Local news, community events, sports, Stormtracker 8, contests, 804 experts, contests and more can be watched online. Follow the channel on Facebook and Twitter. Here is the website: https://www.wric.com/