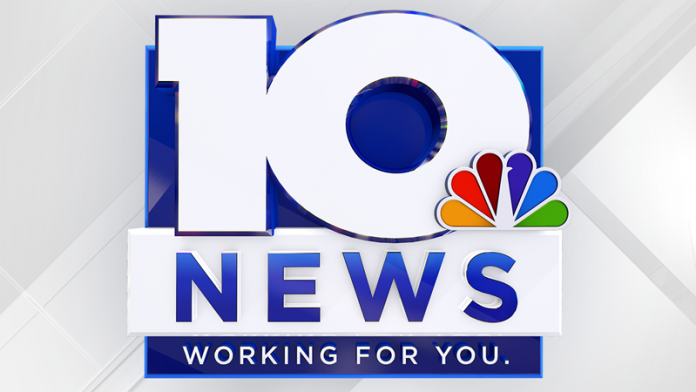 WSLS-TV is a Graham Media Group station broadcasting in Roanoke, Virginia and Lynchburg. The studios of the channel are located on 3rd Street in Roanoke with transmitter installed in Poor Mountain in Roanoke County. WSLS is the 3rd oldest television broadcasting in the state after WTVR in Richmond and WTKR in Norfolk. It is also the oldest channel to serve west of Richmond.

Read More
Slogan: Working For You

WSLS-TV first aired on Dec 11, 1952 under the ownership of Shenandoah Life Insurance Company. At its onset it carried the programming produced by each in the Big 3 including ABC, NBC and CBS. WSLS was allowed to air WROV shows in Roanoke despite the fact that WROV was affiliated with the network in the city. It split with ABC in 1954 as WLVA became the new affiliate of the service. In 1955, it also gave CBS affiliation. During the late 50s and early 60s it aired locally produced programs including Klub Kwiz, Spectrum, Profile, Ebb and Andy, Cactus Joe and Glen Howell.

Shenandoah Life Insurance acquired the channel in 1969 for USD 7.5 million. The new owner laid 70 of the staffers off to reduce financial costs. In late 1970’s it began to lag behind its competitors losing the second place in the market to WSET mainly due to its outdated on-air look and lack of modernization. It in 1996 entered a deal with Grant Broadcasting to air 10pm news-bulletin WJPR and WFXR produced. Media General on Jan 1, 1997 acquired Park Communications and eventually took over the channel to rebrand ed it as NewsChannel 10 aligning it with the Tampa-based WFLA-TV. The new owner then restructured the studios of the channel in downtown Roanoke to set up a larger newsroom. It ended the news sharing agreement with WFXR on Oct 1, 2015 and launched its own news department. Nexstar Broadcasting Group on Jan 27, 2016 announced to purchase Media General. Upon the completion of the sale, the channel was released to Graham Media Group as Nexstar already had ownership over WWC and WFXR. WCWJ along with WSLS was acquired by Graham Media on Jan 17, 2017 a week after FCC approved the deal on Jan 11, 2017.

WSLS presently broadcasts 31 hours of locally produced news with five hours on weekdays and 3 hrs each on Sat and Sun. News, Sports, Lifestyle programming, Only on 10, Roanoke and Virginia news, trending stuff and more can be watched online. Follow the channel on Facebook, Twitter and Instagram. Here is the website: https://www.wsls.com/