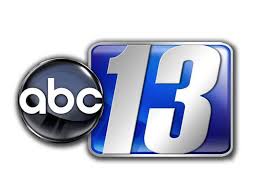 WSET-TV Roanoke owned by Sinclair Broadcast Group and launched on Feb 8, 1953 is a Lynchburg-based television. Affiliated with ABC, the channel has its studios located on Langhorne Road in Lynchburg with transmitter located on Thaxton Mountain near Thaxton, Virginia.

Slogan: The Herat of Virginia

Coverage You Can Count On

WSET signed on air as WLVA-TV from its transmitter on Tobacco Row Mountain on Feb 8, 1953; it was owned by Lynchburg Broadcasting Corporation, the owner of WLFA 580 AM. The channel was also active in Charlottesville after positive results followed the test transmissions. It was originally a CBS affiliate but also aired programs from NBC, ABC and DuMont. When Lynchburg and Roanoke submerged into a single market in 1954, the station moved its transmitter to Evington, Virginia in 1954 in order to provide satisfying signal to Roanoke and wester areas of the market. In the presence of WSLS – linked with NBC – it chose to become the affiliate of ABC. It was Virginiana’s first ABC affiliate and till today the longest-tenured in South of Washington. Both WSLS would drop CBS affiliations and programming when WDBJ was launched in 1955. Due to interference with WOWK, the channel’s repeated requests to change its transmitter site were rejected by FCC. In 1960s the channel set up a repeater W05AA to expand its reach in Roanoke. During the same time translators were employed by WDBJ and WSLS.

The owner of the channel: Lynchburg Broadcasting merged with Washington Star in 1965. Washington also owned WMAL FM and AM radios operating in the city. Start later became Allbritton Communications. The calls were changed to WSET-TV in Sep 1977 and the channel was rebranded as NeWSET-13. In Oct 2009 the channel transitioned to digital transmission. In Aug 2014 Sinclair Broadcast Group acquired Allbritton Communications to take control of WSET. It is available in Roxboro and North Carolina on DirecTV and Charter Spectrum.

Mark Spain and Dave Walls are the notable personalities of the television. It presently broadcasts 27 hours of locally produced news-bulletins with 5 hours on weekdays and 1 hour each on Sat and Sun. It became the 3rd channel to broadcast newscasts in HD on Sep 12, 2011. WSET is available online with the latest news, weather and sports updates, Chime In, Featured videos and more. Follow the station on Facebook and Twitter. Here is the website: https://wset.com