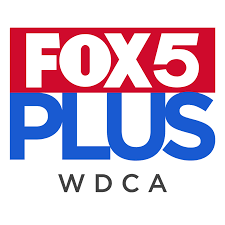 WTTG: Fox 5 established since May 1945 is a Fox O&O news channel serving Washington, D.C. Owned by Fox Television Stations, It shares duopoly with MyNetwork O&O service WDCA and is owned by Fox Corporation through its subsidiary Fox Television Stations. The two sisters: WTTG and WDCA share studios and transmitter facilities on Wisconsin Avenue in the Friendship Heights neighborhood in the northwest quadrant of Washington. Comcast Xfinity carries the channel on Ch 25 in Washington, D.C. and on Ch 5 in Virginia and Maryland suburbs. RCN, Verizon FiOS and Cox Communications are the other cable service providers for the service. W46BR-D is the translator of the WTTG in Moorefield, West Virginia.

Watch WTTG live stream from Washington, District of Columbia. Local and national news, weather and sports updates, radar, entertainment news and other trending stuff is hosted by Fox5. Wait as the stream loads.

Catchphrase: We Are Fox 5

WTTG premiered as W3XWT on May 19, 1945 under the ownership of founder Allen B. DuMont; it marked itself as the second station in the capitol after RCA’s W3XNB. In 1945, DuMont Laboratories started to build experimental coaxial cable hookups between W3XWT and its New York City sibling WABD. The networking resulted in the foundation of world’s maiden licensed commercial television network: DuMont Television Network. The regular network service started in 1946. On Jan 3, 1947, W3XWT was handed commercial license in the city, the first in the city. WTTG (named after DuMont’s close aide, friend and chief engineer at company, Thomas T. Goldsmith, Jr.) were the calls allotted to the service.

WTTG earned great success following its launch; however, following the shutdown of the service, the channel along with sister WABD became an independent service.

Identity as an Independent Service

John Kluge, an investor from Washington in 1958 acquired controlling interest in Metropolitan Broadcasting and became the chairman of the service; the company was renamed as Metromedia in 1961. It finally got a radio sister with the purchase of WASH 97.1 FM in 1968. Channel 5 initially started low budget broadcasts however, with the time gained strength and began to air high-rated syndicated programs to turn its lead on WDCA in 1966.

By the 70s the channel became a leader in the independent services in the US and would produce an extensive lineup consisting of top syndicated programs, movies, cartoons, locally produced news-bulletins, sitcoms and more. It also served the official home for Georgetown Hoyas men’s basketball team until early 90s. Panorama hosted by Maury Povich and John Willis was the trademark program of the station. With the inception of cable television in 1970s, it became a regional superstation as it would be carried by then every cable carrier in Virginia, Maryland, Delaware and in some areas of South and North Carolina, Pennsylvania and West Virginia.

MetroMedia was purchased by 20th Century Fox in 1986 to form Fox network. Upon the launch of the network on Oct 9, 1986, Channel 5 became one of the networks six originally O&O service.

As a Fox owned and operated station, WTTG clears all of Fox regular schedule including Fox News Sunday, Saturday morning, sports programs, and primetime programming. Syndicated shows hosted by the channel include Modern Family, The Wendy Williams Show, TMZ on TV, Judge Judy and Extra. It as of July 2018 broadcasts, 66.5 hours of locally produced news-bulletins with 11.5 hrs each weekday and 4.5 hrs on Sat and Sun each. You can watch Fox 5 online for Virginia and Maryland news, weather and sports updates, traffic reports, contests and podcasts and more. Audiences can connect with the station on Facebook, Twitter, YouTube and Instagram. Here is the website: http://www.fox5dc.com/