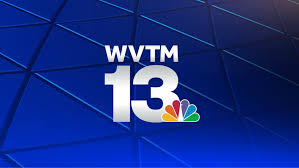 WVTM 13 launched on May 29, 1949 is an NBC affiliate serving the area of Birmingham, Alabama. Under the ownership of Hearst Communications, the studios and transmitter of the channel is installed atop Red Mountain.

Watch WVTM 13 live stream from Birmingham, Alabama. WVTM-TV hosts news updates and weather alerts for the audiences in Birmingham and Tuscaloosa. Stream may take a moment to load.

Slogan: We are Alabama

The station traces its root back to May 29, 1949, when WAFM-TV was launched a limited block of local programs. By July 1, 1949 it was carrying selected CBS and ABC programming as primary and secondary affiliate of the networks respectively. The schedule was increased by Oct 1, 1949. The Voice of Alabama, Inc. was the original owner the station and also owned radio stations WAPI and WAFM (now WJOX). It is the longest channel in Alabama to operate consistently in the state. The ERP of the service was increased to 316,000 w following the approval of FCC in Jan 1953.

The Birmingham News in July 1953 acquired the then branded Voice of Alabama and the calls were changed to WABT signifying it as Alabama’s Best Television. It then switched the affiliation with WRBC-TV and became an NBC affiliate however, it didn’t change its secondary affiliation with ABC; WBRC also retained its secondary affiliation. The calls were changed to WAPI-TV in 1958. The channel marked its identity as having thick lineup of local programming in 50s and 60s. It became a fulltime ABC affiliate on Sep 7, 1961 however it carried select programs of CBS until 1965. A third commercial competitor break the market when WBMG was established in Oct 1965. The channel though a CBS affiliate, allowed WAPI to air its highly ranked programming. It assumed exclusive NBC affiliation in May 1970; the CBS program were moved to WBMG.

Newhouse Broadcasting which earlier became the owner of the station, sold WAPI and other sisters to Times Mirror Company in 1979 to focus on its publishing assets. Under the ownership change the news calls: WVTM-TV were introduced.

The ownership was changed when Times-Mirror in March 1993 released the station to Argyle Television Holdings with three other sister stations also included in the deal. The New World Communications in May 1994 assumed the ownership; three other stations were also included in the deal worth $717m. New World Communications on May 22, 1996 announced the sale of KNSD and WVTM to NBC’s division NBC Television Stations for a transfer fee USD 425m.; the deal concluded in July 1996. The new ownership rebranded the channel from Alabama’s 13 to NBC 13.

Media General which announced its purchase of four NBC stations and assumed the ownership of WJAR, WCMH, WNCN and WVTM on June 26, 2006. The branding was again changed to Alabama’s 13 in 2009.

The Fox affiliate produces 44.5 hours of local newscasts weekly. Fox WVTM 13 broadcasts all of NBC programming however, it tape delays the overnight schedule on Saturdays and Sundays for one hour because of the syndicated and paid content. The syndicated content offered by the channel includes Soledad O’Brien, Steve, The Ellen DeGeneres Show, Matter of Fact and Extra.