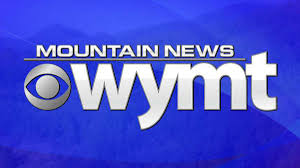 WYMT owned by Gray Television is a CBS affiliate broadcasting in Hazard, Kentucky and serves Eastern Kentucky Coalfield region. Launched on Oct 20, 1969, the channel has studios located on black Gold Boulevard off the KY 15 bypass in Hazard with a transmitter installed south of the city in Perry County. Although appearing as a separate entity, WYMT is actually considered a broadcast relay station on WKYT-TV in Lexington. It offers all of CBS network content but airs separate syndicated programs and separate news-bulletins, commercial inserts. Master Control and some internal operations are run from WKYT’s Winchester Road facilities in Lexington.

WYMT first signed on air on Oct 20, 1969 and became and NBC affiliate in 1970. Prior to its launch, some counties in souhttps://www.ket.org/hereastern Kentucky were among the last remaining pockets of the country unable to get a commercial over the air signal. KET had established a transmitter year before there. Although this area is considered part of the Lexington, there was none to cover the area. Lexington, a market full of UHF operations was working without LP satellites and translators in its rugged terrain. The channel was established by Bill Gorman who also had ownership over Hazard-area cable television from 1978 to Oct 2010.

The musical content hosted by the television included Southern Gospel, Country and bluegrass representing its rich musical traditions. WKYH was bought by Kentucky Central Insurance Company in June 1985 and under the new ownership the calls were changed to WYMT on Oct 19, 1985. It then signed a CBS network affiliation to match that of its sister WKYT already held by Kentucky Central Insurance Company. The channel was soon able to find a much stronger studio and transmitter.

When Kentucky Central declared bankruptcy in 1993, both WKYT and WYMT were purchased by Gray Communications. On Feb 17, 2009, WYMT underwent digital transition but remained only full-power commercial station in Hazard. Gray applied to Federal Communications Commission to permit it a unique satellite carriage area exclusively for WYMT but lost the bid against satellite companies on May 16, 2018 when FC ruled against it.