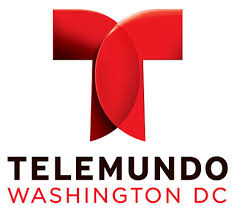 WZDC-CD established since April 1994 is a Telemundo O&O station broadcasting in Washington, D.C. The Spanish language service is owned by NBCUniversal through its subsidiary NBC Owned Television Stations. WRC-TV and NBC Sports Washington are the sister services. It shares studios and transmitter site with WRC-TV on Nebraska Avenue in the Tenleytown neighborhood.

WZDC hit the waves in April 1994 with the calls W64BW as a Telemundo affiliate in the Washington-market. It was renamed as WZGS-LP on Dec 1, 1995 followed by the final change as WZDC-LP on June 27, 2000. It started hosting locally-produced news-bulletins on June 3, 2002 in Spanish from 6 to 11pm on weeknights. Following the Federally-mandated digital transition in 2009 and the consequent removal of Ch 64, it occupied the Ch 25 slot on April 10, 2007. The calls were altered to WZDC-CA in Sep 2008, reflecting its new class-A status. A request for hosting a new digital signal on Ch 26 was turned down in September 2008 by Federal Communications Commission. It got the green signal for digital transition in March 2011 and was renamed as WZDC-CD immediately after the flash-cut. Pursuing the incentive auction of 2016-17, it left the air however, retained over-the-air coverage following a post-auction service sharing agreement. On Dec 4, 2017, Telemundo Station Group announced their purchase of WZDC-CD alongside 13 stations of ZGS. Following the purchase, the channel signed a channel sharing agreement with WRC-TV as announced by NBCUniversal earlier on Sep 6, 2017. Under the agreement, it pulled off broadcasts over its own signal and joined WRC-TV signal on Ch 48. NBCUniversal took over the channel on Jan 1, 2018 via a LMA: Local Marketing Agreement. The agreement came into effect on March 7, 2018 prompting WZDC to silent its signal.

It currently broadcast 10 hours of local news-bulletins weekly and extended local news to 5pm hour on Feb 5, 2018. Telemundo Washington is available online with latest newscasts and Spanish language entertainment shows. Follow the station on Facebook and Twitter. Here is the website: www.telemundowashingtondc.com