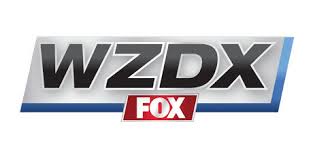 WZDX (Fox affiliated) branded as WZDX News is a Huntsville based station that spreads across Tennessee Valley of North Alabama. Launched on Aug 20, 1984, the station broadcasts in HD on UHF Ch 41 from its transmitter facility set up on Monte Sano Mountain. Nexstar Media Group is the owner of the station that shares duopoly with Florence based WHDF: Ch15, which is a CW affiliate. The two siblings share the studio facility on North Memorial Parkway. WZDX is available on Ch 5 on most of the cable carriers in Huntsville. WHDF, WIAT, WKRN, WDHN and WKRG are the sisters of the Ch 8.

WZDX went on air in 1985 as Northern Alabama’s maiden independent station and was the first channel to sign on in 20 years. It would originally broadcast on Ch 54 and broadcasted 1968 classical film Charly as its first program. The transmitter of the station was installed on Green Mountain in Southeastern Huntsville while the studio facilities were maintained in the northwestern Huntsville. We’re Taking You to the Top was the catchphrase used by the station at its onset. Upon the inception of Fox on Oct 6, 1986, WXDX hesitated to join Fox, however, ultimately signed its affiliation with Fox in 1990. On March 29, 1990 it became the maiden asset of new broadcasting group. Following the collapse of WZDX and WAAY broadcasting facility in Sep 2003, the two shared the WHNT-TV’s, affiliated with CBS, tower temporarily.

Nexstar Broadcasting Group on Nov 6, 2013 announced that it would acquire WZDX and other Grant Stations for a transfer fee of USD 87.5m; the deal was finalized on Dec 1, 2014. It followed by ABC affiliated WDHN is the second station of Nexstar in the area. Nexstar then on Jan 27, 2016 declared their purchase of Media for USD 4.6b to annex a cluster of stations in Alabama. The company on Nov 9, 2018 acquired Lockwood Broadcast Group asset WHDF for a transfer fee of USD 2.25m. This purchase was followed by Tribune Media assets acquisition announced on Dec 3, 2018.

Here are some the programs aired by WZDX: