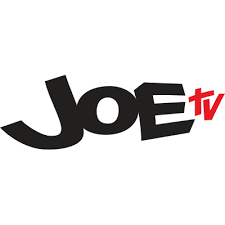 KZJO-TV launched on June 22, 1985 is a MyNetwork affiliate broadcasting in Seattle, Washington. Owned by Tribune Broadcasting, a division of Tribune Media Company, the channel shares duopoly with Tacoma licensed Fox service: KCPQ. The studios of the channel are located on Westlake Avenue in Seattle’s Westlake neighborhood and transmitter is installed near Capitol Hill. KZJO also operates two translators to rebroadcast KCPQ content on its second digital sub-channel.

KZJO launched on June 22, 1985 as KTZZ-TV as an Alden Television, Inc. station. There was a vacuum in the market of Seattle when KTZZ went on air. At that time KSTW was airing cartoons, sitcoms dramas and movies, KCPQ went on to broadcast dramas, movies, game shows and had more of an adult fare approach. While KTZZ following the launch opted for classic off-network sitcoms, dramas and westerns. Under Alden ownership, the channel fared well with strong syndicated programming in its lineup.

Alden released the channel to Dudley Broadcasting in 1989. At that time KCPQ and KSTW were having relatively strong lineups including children’s content but KTZZ was unable to hold the ground as it lacked strong off-network syndicated content. It signed affiliation with Warner Brothers television network on Jan 11, 1995. KTZZ would broadcast syndicated cartoons at The WB formerly aired by KSTW. The calls were changed to KTWB-TV when the channel was sold to Tribune Broadcasting.

It then signed affiliation with Fox owned MyNetworkTV on Sep 13, 2010. Before becoming a MyNetworkTV affiliate, the calls were changed to KMYQ on July 14, 2006. The callsign was changed to KZJO later. The sale of the channel is pending to Nexstar Media Group as of Dec 3, 2018.