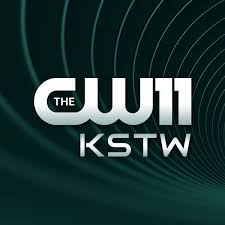 KSTW owned by CBS Corporation is a news station operating in Seattle, Washington licensed to Tacoma. Launched on March 1, 1953 the studios of the channel are located on Dexter Avenue in Seattle’s Westlake neighborhood. The transmitter is installed on Capitol Hill east of downtown. It is available on cable in Southwestern British Columbia on TELUS Optik TV and Shaw Cable.

FCC on Dec 10, 1952 granted a construction permit for the channel which followed the purchase of equipment from General Electric. Antenna was brought from Italy and transmitter from Syracuse, NY on Feb 9, 1953. The original studios and transmitter site was build at South 19th Street and South Grant Avenue. It was launched on March 1, 1953 as KTNT-TV named after TNT: Tacoma News Tribune. It was primarily a CBS affiliate and a sister of KTNT 1400 AM radio. It for a short period of time signed affiliation with NTA Film Network. The channel was granted permission to increase the transmitter power to 316,000 w and relocate its transmitter to nearby tower in View Park. Following the launch of KIRO-TV in Feb 1958, CBS disconnected with KTNT. The channel then filed an antitrust lawsuit against CBS and KIRO; the issue was settled when CBS agreed to take both KTNT and KIRO as its primary affiliates. The agreement remained valid until Sep 1962 when Ch 11 became and independent service.

KTNT was acquired by WKY Television System (later Gaylord Broadcasting), the channel was renamed as KSTW under the new ownership. It branded itself as KSTWashington in late 1980s. As an independent service it would run sitcoms, old movies, cartoons and westerns. Cox Broadcasting purchased the service on May 30, 1997. It started airing UPN content one month later on June 30, 1997 with syndicated shows, cartoons, movies, sitcoms and other programming. 10pm newscast was cancelled in Dec 1998. On Aug 11, 2006, KTSW was renamed as CW 11. It upon the launch of CW became the O&O entity of CW.

Mike and Molly, Family Feud, Seinfeld, 2 Broke Girls The People’s Court are the syndicated programs of the channel. KSTW broadcasts news and entertainment shows, videos, contests and more. Follow the channel on Facebook and Twitter. Here is the website: https://cwseattle.cbslocal.com/