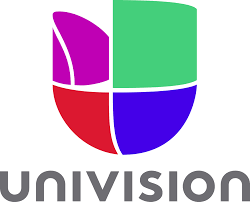 KUNS-TV is a Univision affiliated service operating in Seattle and Tacoma, Washington. Licensed to Bellevue, the channel is owned by Sinclair Broadcast Group and shares duopoly with ABC affiliated broadcasting on Ch 4. The offices of the two are shared with radio sisters in KOMO Plaza in the Lower Queen Anne section of Seattle. The transmitter of the Univision service is located on Queen Anne neighborhood in Seattle. It is only of the two broadcasters having affiliation with Univision network and near Canadian markets.

KBEH was granted a construction permit by FCC on Feb 10, 1988. Channel 51 didn’t start broadcasting until Aug 8, 1999, borrowing the content initially from ValueVision Network, ShopNBC in 2001 The callsign was changed to KWOG in Dec 2000. It was sold to Fisher Communications on Sep 29, 2006 as the local ownership ended. The calls were again changed to KUNS-TV on Oct 31, 2006. On Jan 1, 2007, the makeup of the channel was changed when it shifted from home shopping broadcasts to Hispanic content. Notable programs broadcasted by the channel included Despierta América, Sabado Gigante and El Gordo y La Flaca. Noticias Noroeste was the local newscast broadcasted by the service in addition to entertainment programs and telenovelas. Fisher on Aug 21, 2012 went on to sign a deal with MundoFox which competed Univision. Fisher released its assets to Sinclair Broadcast Group on April 11, 2013; the deal completed on Aug 8, 2013.