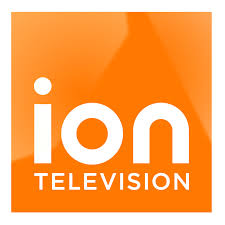 Gershom Morningstar from Ann Arbor in 1973 was successful in obtaining a license from Federal Communications Commission for UHF ch 31 but due to shortage of funds couldn’t construct the station. The license was then released by Ann Arbor resident to Oklahoma-based Satellite Syndicated Systems. WRHT were the calls selected by SSS and studios of the channel were setup in Chelsea, Michigan. WRHT hit the waves on Jan 31, 1981 as an independent station.

Texas Tech Red Raiders vs Baylor Bears basketball match from the TVS Television Network was the maiden broadcast aired by the newly launched television. The original transmitter of the station was located on Highway M-52 in Lyndon Township. It changed its calls to WITH on Feb 1, 1981; the new call letter signified In-Home Theater Network. Blackstar Television bought the service in 1989 and calls were changed to WBSX on July 14 that year.

Local programs were dropped in favor of HSN: Home Shopping Network. WBSX was acquired by Paxson Communications on Feb 4, 1998 to create a duopoly with WJUE located in Battel Creek. However, due to Federal Communications Commission guidelines, it released WJUE to a sister company DP Media which then changed its callsign to WILV.

WBSX was rebranded as WXPD-TV and Pax TV Network was rechristened as Ion TV on Jan 29, 2007. Offices of the channel were relocated to downtown Detroit in 2000s. You can watch the entertainment programs including Law & Order, Chicago P.D., Criminal Minds and more online. Find WPXD on Facebook, Instagram and Twitter. Here is the website: https://iontelevision.com/