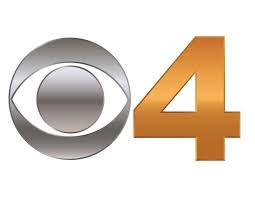 WTTV owned by Nexstar Media Group and established on Nov 11, 1949 is the Indianapolis, IN channel licensed to Bloomington. It shares duopoly with Fox affiliate WXIN. The two sisters have joint studio facilities on Network Place in the Intech Park office development in northwestern Indianapolis while the transmitter of the service lies on State Road 252 in Trafalgar.

Read More
WTTK is a fulltime broadcast relay station of WTTV and operates on virtual ch 29 and UHF digital ch 15. Its transmitter is fixed on West 73rd Street/Westland Road on the northern fringes of Indianapolis. The full-time satellite has been throwing WTTV’s content to areas of central Indiana and is a straight simulcast of WTTV whose cable carriers in the market include Comcast Xfinity, AT&T U-verse and Charter Spectrum.

Slogan: Indiana’s Very Own | Your News Now | The Best TV on TV

WTTV first aired on Nov 11, 1949 as VHF ch 10 and was the second television to launch in the state of Indiana after WFBM-TV which was established 6.5 months earlier in May 1949. It claims to the longest and continuously running channel in the Indiana because of the fact that WFBM went silent for an extended period of time following the failure of its transmitter. Held by Sarkes Tarzian, the channel originally aired as a primary NBC affiliate having secondary affiliations with DuMont Television Network and ABC. It also occasionally received programming from CBS network. WTTV originally operated its signal from downtown Bloomington which it shared with its sister WTTS which signed on air in March 1949. It changed its dial from Channel 10 to Ch 4 after a ruling by Federal Communications Commission.

WISH-TV in July 1954 beat out the Ch 4 to become an ABC affiliate in the market. It then lost NBC to WFBM in 1956 but rejoined ABC network after WISH became a primary affiliate of CBS. During the same year it moved its studios to a new facility at Bluff Road on the south side of Indianapolis.

As an Independent Service

WTTV turned into a non-affiliate entity on Oct 30, 1957 after shedding off ABC network which was grabbed by WLWI. Upon the expansion of cable in the Midwest during 70s, the channel became a regional superstation. In Sep 1978, Sarkes Tarzian released the service to Teleco which in turn sold it to Tel-Am Corporation in March 1984. The company bought the construction permit in 1987for WWKI from B.G.S. Broadcasting which also held WWKI 100.5 FM until 1986. The new owners then launched WTTK on ch 29 as a full-time transmitter of WTTV to strengthen its coverage in northern parts of the market. Tel-Am went bankrupt in 1987 and the company was eventually acquired by Capitol Broadcasting Company in July 1988. In 1991, the WTTK and the main channel WTTV were then released to River City Broadcasting. It started airing content from Prime Time Entertainment Network in Sep 1993.

Following the merger of UPN and The WB and establishment of CW, the channel went on to become the affiliate of the upstart network when it launched on Sep 18, 2006. It changed its on-air branding to CW 4 and was rebranded as Indiana’s 4. It exchanged the affiliation with WISH to become a CBS affiliate and gave its CW affiliation to WISH-TV in Jan 2014. It was also renamed as CBS 4 and dropped the old Indiana’s 4 branding after the affiliation swap.

Nexstar Media Group emerged as the owner of the channel on Sep 19, 2019, after the sale with Sinclair Broadcast Group fell through.

WTTV presently hosts 25.5 hours of local news-bulletins each week with 4.5 hours on each weekday and 1 hour on Sat and 1.5 hours on Sun which also includes IN Focus in the morning. Colts 365 is broadcasted on Saturdays. Apart from carrying CBS programming it as of Sep 2015 offers a variety of syndicated programs which include TMZ on TV, The Big Bang Theory, Judge Ross, Two and a Half Men, Friends, Mike and Molly, The People’s Court, Seinfeld, Elementary and America’s Court with Judge Ross. Bob Donaldson and Debby Knox are the notable current anchors serving the channel. Audiences can watch WTTV online and connect with the station through the social media platforms of Instagram, Facebook, YouTube and Twitter. Here is the website: https://cbs4indy.com/