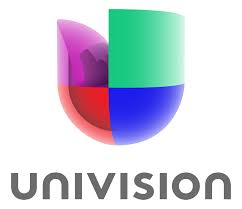 KORO launched in April 1977 is a Spanish language news channel serving Corpus Christi, Texas. Entravision Communications is the owner of the Class A station. KCRP-CD is the low-power sister of the Univision linked service affiliated with UniMás. Its studios are located on North Mesquite in Downtown Corpus Christi and transmitter is located between Robstown and Petronila.

Launched in 1977 as an independent channel it carries the programming of the Spanish network active in Americas. It was originally owned by a group consisting of doctors, businessmen and lawyers. The Univision affiliate completed the digital transition on June 12, 2009. Its digital signal however retained the pre-transition UHF Ch 27. En Punto des las Cinco – Noticias Univision 28 and Sólo a las Diez – Noticias Univision 28 are the notable newscasts offered by the station. You can watch KORO-TV online for latest news updates in Spanish, weather and sports news, and entertainment stories. Find the channel on Facebook and Twitter. Here is the website: https://noticiasya.com/corpus-christi/