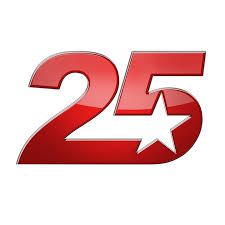 KXXV launched on March 22, 1985 is an ABC affiliate broadcasting in Waco-Temple-Killeen market in Texas. Licensed to Waco, TX the channel is owned by Scripps Broadcasting Holdings LLC. The studios of the channel are located on South News Road in Waco with transmitter installed near Moody, Texas. Charter Spectrum and Grande Communications carry the channel on cable. KRHD-CD in Bryan is the semi-satellite of the channel with a transmitter installed on US 190 northwest of Bryan in unincorporated Robertson County.

KXXV went on air on March 22, 1985 as an NBC station under the original ownership of Central Texas Broadcasting Company, Ltd. Waco at that time was one of the last markets in the United States to get full service from all three broadcast networks. The NBC affiliate then moved to ABC in September 1985 while KCEN replaced it for NBC. In 1987, it was sold to Shamrock Broadcasting before selling it to Drewry Communications in 1994. The LP semi-satellite of the channel active in Bryana is named after the founder of Drewry Communications Group, Robert H. Drewry.

It became a secondary WB affiliate on Jan 11, 2002 when KAKW was acquired by Univision. KXXV dropped WB secondary affiliation to KWKT linked with Fox in July 2002. Raycom Media on Aug 10, 2015 acquired Drewry communications; the deal consummated on Dec 1, 2015. Previously, London Broadcasting wanted to acquire Drewry in 2008 but the deal fell through due to the credit crisis of 2008.

Gray Television in 2018 took over the channel before selling it to E.W. Scripps Company on Jan 2, 2019 after the approval of Federal Communications Commission. It shut down analog signal and switched to digital on June 12, 2009. Syndicated programs of the channel include Hot Bench, Judge Judy, The Kelly Clarkson Show and The Doctors.

KXXV at present broadcasts 29 hours of locally produced news-bulletins with 5 hours on weekdays and 2 hours each on Sat and Sun. KXXV has news bureau in Killeen and a small studio in Bryan. Good Morning Texas, The ABC40 Nightbeat and The Texas Report Midday are the notable news programs of KXXV. You can watch the channel online for latest news, weather and sports updates, contests and more online. Follow the ABC affiliate on Facebook, Twitter and Instagram. Here is the website: https://www.kxxv.com/